We don't interfere in ‘internal affairs’ of our friendly countries: Thai Ambassador on modification of Article 370 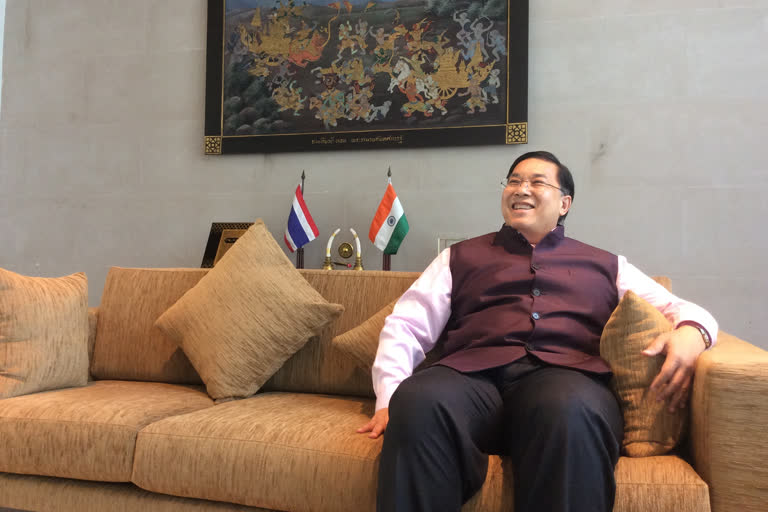 In an interview with senior journalist Smita Sharma, Chutintorn Sam Gongsakdi, Ambassador of Thailand to India said that the modification of Article 370 is an "internal affair" of India. He also spoke on wide-ranging issues, concerning India and Thailand.

Hyderabad: Amid ongoing escalation of tension between India and Pakistan over Kashmir, Chutintorn Sam Gongsakdi, Ambassador of Thailand said that the modification of Article 370 is an internal matter of India.

Speaking to senior journalist Smita Sharma, he hoped Delhi and Islamabad would be able to resolve differences in an amicable manner. Following the lockdown in Jammu and Kashmir, some Thai tourists were also stranded in the valley for a few days.

After staying out of the first BIMSTEC military exercise citing budgetary reasons last year, Thailand has now agreed to a first trilateral naval exercise with India and Singapore. The idea, first proposed during PM Modi’s speech at the Shangri La Dialogue in June 2018, had initially been rejected by Thailand fearing that it could upset China.

Gongsakdi also confirmed that Thailand is keen to purchase Brahmos cruise missiles among other military supplies from India. He also hoped that India can agree to a text of RCEP (Regional Comprehensive Economic Partnership) to be negotiated by the end of this year. RCEP is a proposed Free Trade Agreement (FTA) between ten member countries of ASEAN (Association of South-East Asian Nations) and its six FTA partners including China, Japan, South Korea, India, Australia and New Zealand which if concluded promises to be a regional economic game changer. 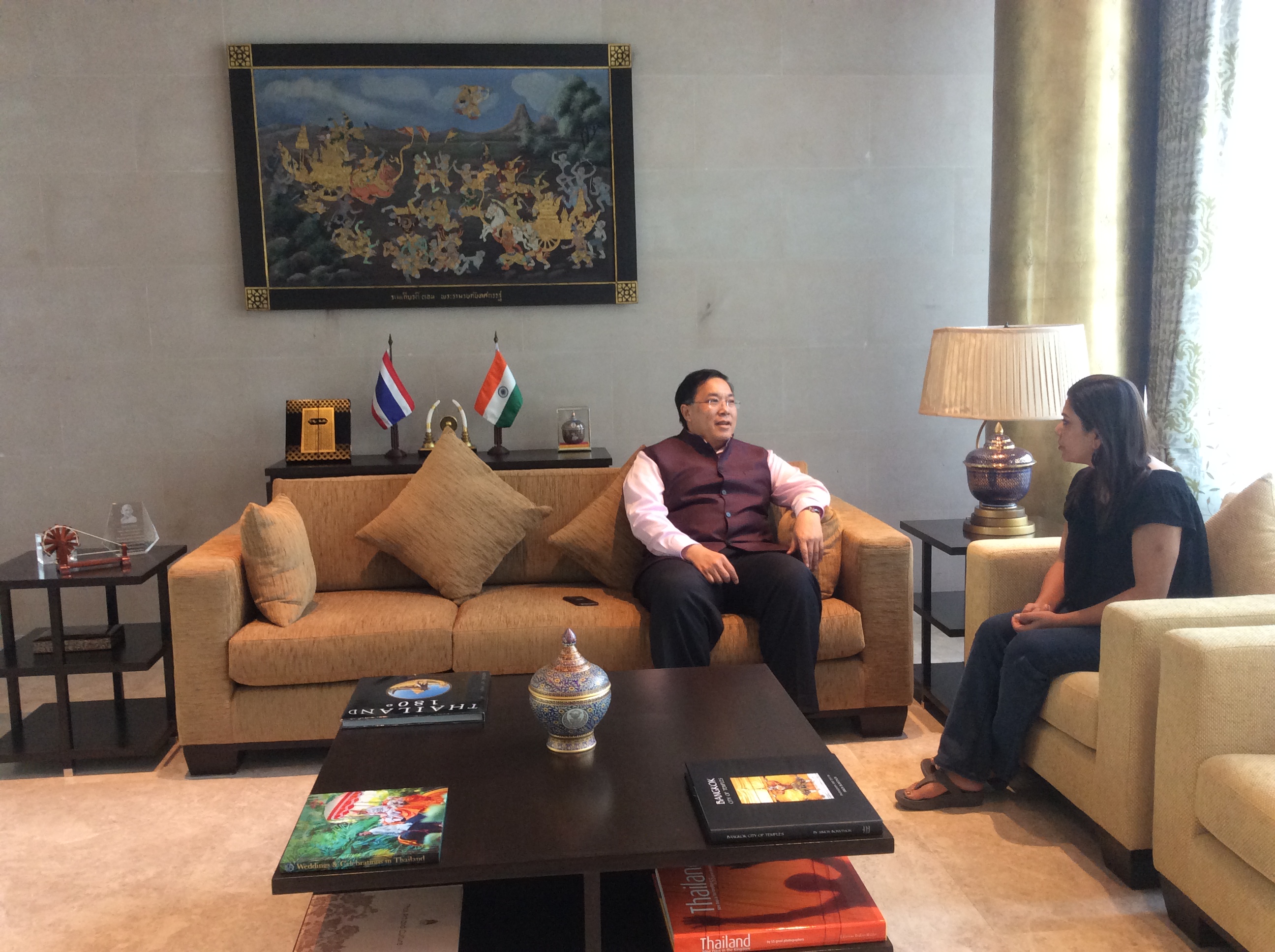 Chutintorn Sam Gongsakdi, Ambassador of Thailand , speaking during the interview

Q- Has New Delhi briefed you in the wake of modification of Article 370 in Jammu and Kashmir? What is your view of the ongoing India-Pakistan tension?

Q- So you do think the reorganisation of Jammu Kashmir is an internal matter of India?

Q- Thailand was hesitant to join a trilateral naval exercise proposed last year by PM Modi so as not to upset China. Where do things stand now?

Q- There are reports of Thailand showing keen interest in purchasing Brahmos missiles from India. Can you confirm?

Q- Thailand refused to be part of the first BIMSTEC military exercise last year.Is that issue now in the past?

Q- Is ASEAN looking at 2019 as a practical deadline for RCEP conclusion?

Q- The major Industry apprehension against RCEP involves the fear of India being flooded with cheap Chinese goods. Your views.

Q- India has trade deficits with all ASEAN countries. What is a possible solution to reducing it?

Q- How do you see the impact of Trade Wars and tensions between US-China and South Korea-Japan.