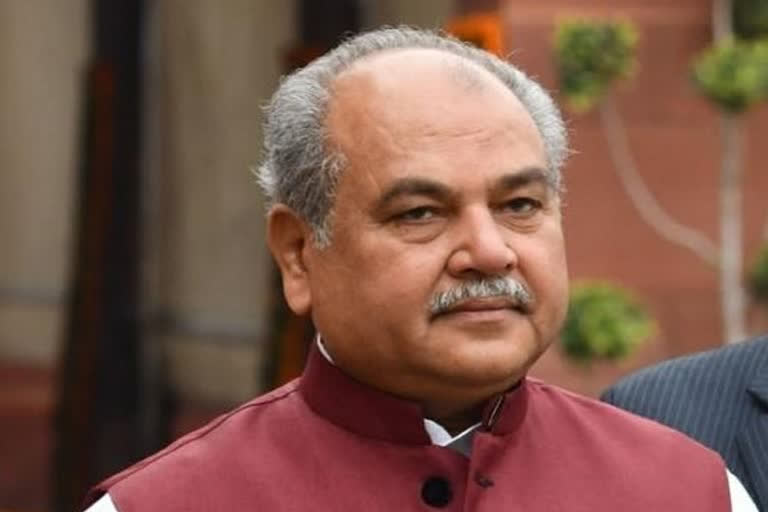 Amid ongoing farmers' protest against three farm laws, Union Agriculture Minister Narendra Singh Tomar said that mere gathering of the crowd does not lead to revocation of legislations. He further added that agitating farm unions should tell as to what is anti-farmers in the new laws.

Gwalior: Union Agriculture Minister Narendra Singh Tomar on Sunday reiterated that the Centre was ready to talk to the farmers protesting against the new agriculture laws, and said that mere gathering of the crowd does not lead to revocation of legislations.

He urged the agitating farm unions to tell the government which provisions in these new laws they find anti- farmers.

"Considering the issue with sensitivity, the government has held 12 rounds of talks with the farmer unions. But decisions on the basis of talks could be taken when objections (over the new farm laws) are pointed out," the Agriculture Minister told reporters here when asked about the protest.

The unions should tell as to what is anti-farmers in the new laws, he added.

"You flatly say revoke the laws... It doesn't happen that crowd gathers and the laws get revoked," he said.

Farmer unions should tell the government what provisions are against the farmers. The government is ready to understand this and make amendments even today. The Prime Minister himself has said this, the minister added.

Also Read: We are making efforts to double farmers' income through these laws: Tomar

"Now, if the agitating unions are well-wishers of the farmers, then they should make it clear which provisions are creating problems to them," he said.

Thousands of farmers have been protesting at Delhi's borders with Haryana and Uttar Pradesh demanding the rollback of the Farmers' Produce Trade and Commerce (Promotion and Facilitation) Act, 2020, the Farmers (Empowerment and Protection) Agreement on Price Assurance and Farm Services Act, 2020 and the Essential Commodities (Amendment) Act, 2020.