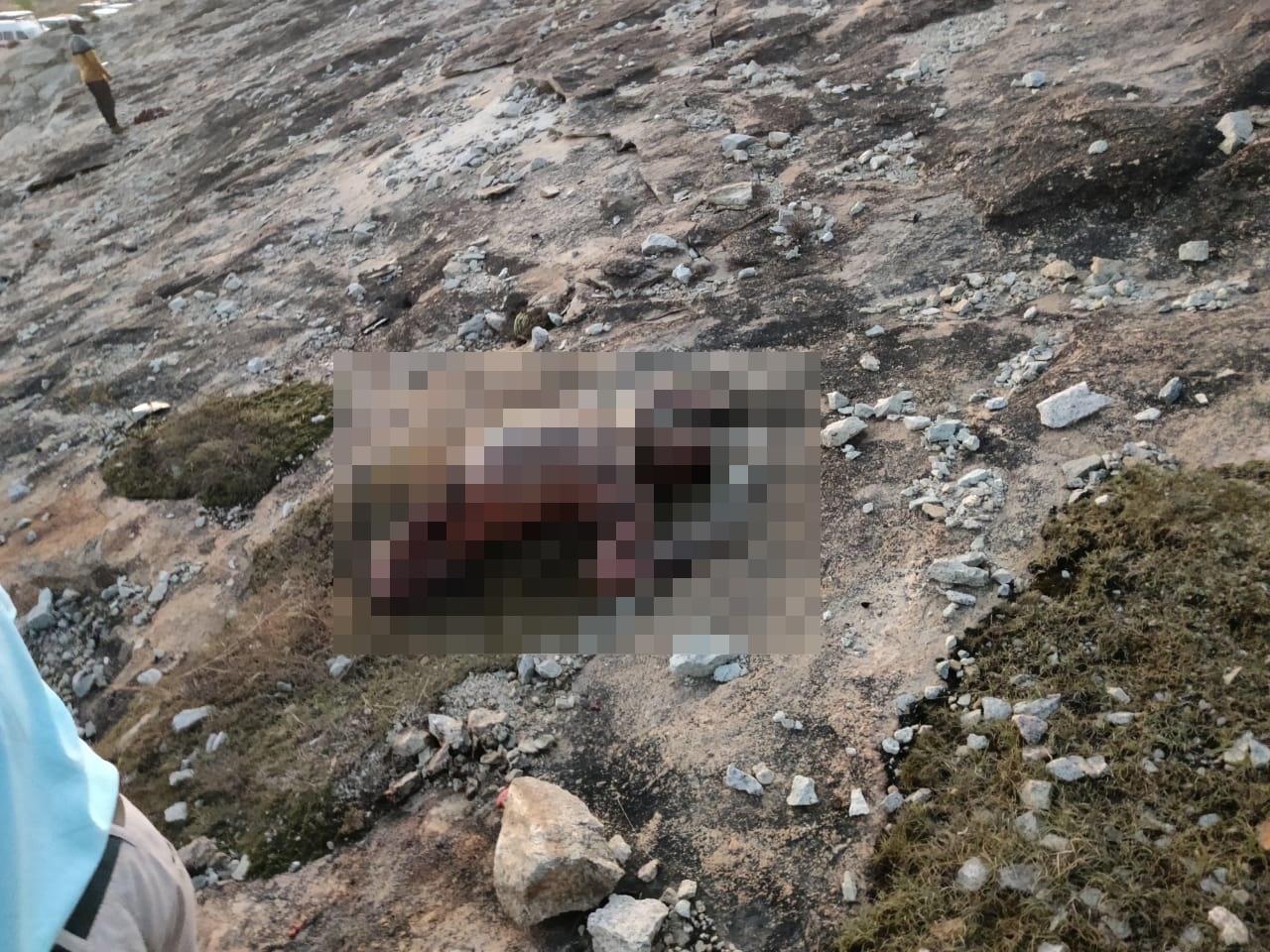 Karnataka: Six people were killed when the gelatin sticks they were trying to dispose of exploded accidentally at a stone quarry site in a village here early on Tuesday, police said.

The incident comes close on the heels of a similar blast at a quarry site in Yediyurappa's hometown of Shivamogga on January 22, which left six dead.

Karnataka Health Minister K Sudhakar, who represents the Chikkaballapur constituency visited the spot and said the bodies of the victims were badly mutilated and scattered all over the place.

Prime Minister Narendra Modi tweeted his condolences to the families of the victims of the blast.

"Pained by the loss of lives due to a mishap at Chikkballapur in Karnataka. Condolences to the bereaved families. Praying that the injured recover quickly."

Expressing shock over the incident, Chief Minister B S Yediyurappa said he has ordered a thorough investigation into the case and directed the officials to take stringent action against the guilty.

"A high-level investigation into the incident is underway and stringent action will be taken against the guilty," he added.

According to police, the incident took place at Hirenagavalli near Peresandra. Quarrying was stopped by the police on February 7 following complaints from the locals against rampant use of gelatin sticks.

Yet, it continued clandestinely following which another raid was carried out a few days ago and the contractor was warned not to use gelatin anymore.

The men working there went to dispose of the explosives in the wee hours of Tuesday when it went off accidentally.

The driver of the vehicle who escaped with severe injuries in the legs and hand told police that the victims took him along carrying a bag with them.

"They were holding a bag and asked me to drive the vehicle to the forest. I remained seated in the vehicle but the door was open. They went to a secluded place and suddenly the blast occurred," said the driver.

Karnataka Mines and Geology Minister Murugesh R Nirani said in a series of tweets that the government has been taking stringent measures against illegal mining activities, transportation and storage of explosives used for mining.

"It's rather very unfortunate that the blast occurred in Chikkaballapur before the wounds of the Shivamogga blast have healed," Nirani said.

The government will leave no stone unturned in ensuring the safety of people in the mining areas, he said adding a thorough probe will be conducted to ascertain the cause of the explosion and the culprits responsible for this will be punished.

Nirani further said the government will provide all necessary assistance to the kin of the deceased and injured persons.

Praying for the speedy recovery of the injured, he said the senior officials were already on the spot and assessing the situation.

Meanwhile, Congress came down heavily on the state government, alleging the BJP leaders were behind the illegalities just as they were involved in Shivamogga.

"Instead of waking up from slumber after the Shivamogga blast and putting an end to illegal quarrying and use of explosives, the government stood in support of such activities leading to another explosion caused by gelatin.

Just as Shivamogga, here too the BJP people are involved.