Jaishankar arrives in Mauritius on last leg of 2-nation tour 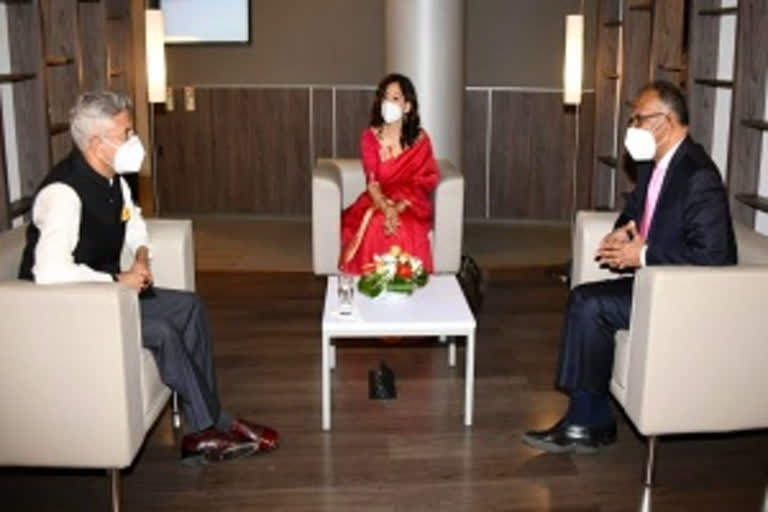 On the last leg of his two-nation tour, External Affairs Minister S Jaishankar arrived in Mauritius where he will hold talks with the top leadership of India's strategically key maritime neighbour in the Indian Ocean region.

Port Louis: External Affairs Minister S Jaishankar arrived in Mauritius on Sunday on the last leg of his two-nation tour during which he will hold talks with the top leadership of India's strategically key maritime neighbour in the Indian Ocean region.

Jaishankar, who will be in the country for two days, will call on President Prithvirajsing Roopun and Prime Minister Pravind Jugnauth - both of Indian-origin.

He will also meet the minister of foreign affairs, regional integration and international trade and minister for land transport and light rail.

During his visit, Jaishankar will review all aspects of bilateral relations, ongoing implementation of various infrastructure projects being carried out by India in Mauritius, and hold discussions on bilateral, regional and global issues of mutual interest including India's assistance to Mauritius.

Indian-origin people constitute nearly 70 per cent of the population of Mauritius. Their ancestors were sent there as indentured labourers during British rule.

Jaishankar arrived here from Maldives where he reaffirmed India’s commitment to security and signed a USD 50 million defence Line of Credit Agreement with the strategically vital Indian Ocean island nation to boost its maritime capabilities.

Both Maldives and Mauritius are India’s key maritime neighbours in the Indian Ocean Region and occupy a special place in the Prime Minister’s vision of ‘SAGAR’ (Security and Growth for All in the Region).

The minister’s visit is testimony to the importance that India attaches to its close and friendly relations with the Maldives and Mauritius and is expected to lend further momentum to substantive cooperation and robust people to people ties between the two countries, the Ministry of External Affairs (MEA) said in New Delhi ahead of his visit.