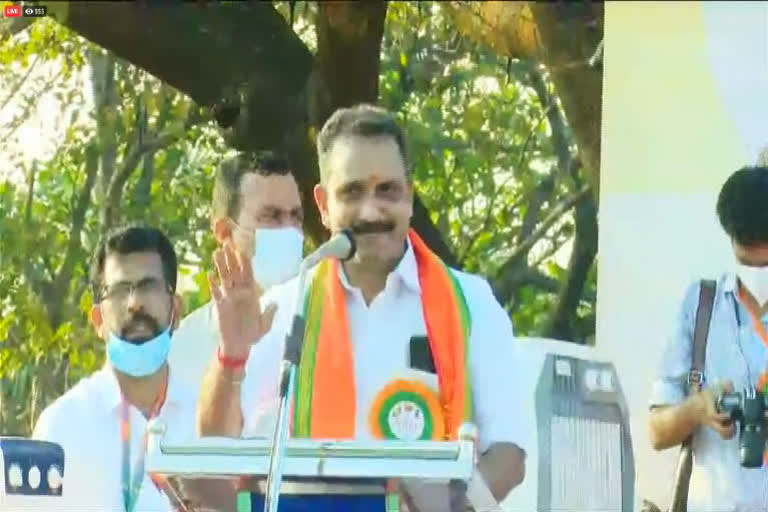 Kasargod: BJP state president K Surendran hit out at Kerala Government stating that they are nurturing terrorist forces. While Yogi Adityanath's government in Uttar Pradesh prepares jail for terrorists, Pinarayi Vijayan is including them in the Cabinet, he said. He was presiding over the inaugural ceremony of BJP’s Vijaya Yathra.

He also added that people's rage against LDF and UDF governments which led the state alternatively for the last six decades would echo well in the Vijaya Yathra.

Both Oommen Chandy and Ramesh Chennithala who speaks about Sabarimala now are hoodwinking the public. Former Kerala CM Oommen Chandy remained silent while Pinarayi government haunted down the Hindu and Sabarimala devotees, he added.

Slamming SDPI workers, he said that they attempted to attack the powerful Chief Minister of Uttar Pradesh unlike, Pinarayi Vijayan, Kunhalikutty or Oommen Chandy.