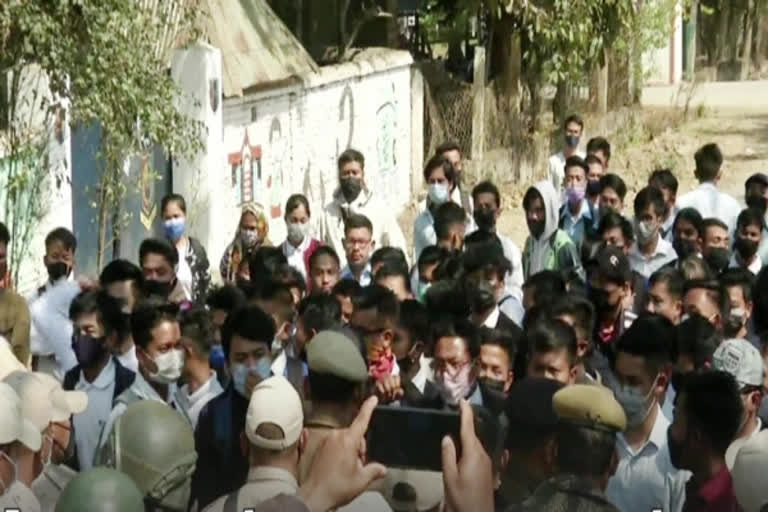 At least 15 students were injured in a protest called by students in Manipur demanding the resumption of regular classes in government colleges.

Students of DM College of Science, Commerce, and Arts and GP Women's College, staged a protest inside the DM college campus on Feb 22.

The situation turned volatile when police resorted to tear gas shelling to disperse the agitating protesters. At least 15 students were injured in the clash.

The protest erupted while the state Assembly session was underway. While the Government college teachers intensified their protest demanding implementation of the 7th UGC Pay and Regulations, 2018.