P'cherry: 2nd Congress govt to fall within a year after MP 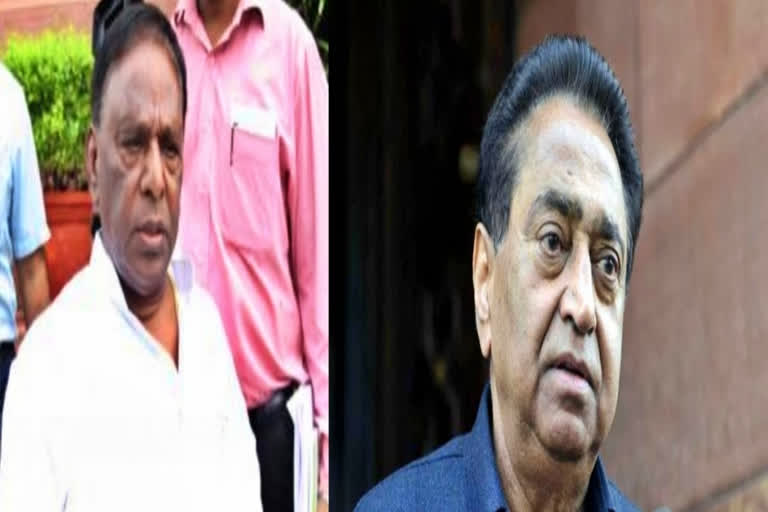 Puducherry became the second Congress government to fall within a year after the Kamal Nath-led Madhya Pradesh government fell in March last year. Addressing the Assembly ahead of the floor test, Narayansamy alleged that the BJP is derailing India's democratic system.

It is the third government if the coalition government of Karnataka is counted which had the support of Congress. The Congress has shrunk to just three states -- Punjab, Rajasthan and Chhattisgarh. In Jharkhand and Maharashtra, it is in a coalition.

The Congress leaders in New Delhi assert that the fall of the Puducherry government will enhance their electoral prospects as it will negate the anti-incumbency of the Narayansamy government and make Congress stronger in the state.

Puducherry's outgoing Chief Minister V. Narayanasamy resigned earlier in the day after his Congress-led government collapsed just before facing the floor test in the Assembly.

Addressing the Assembly ahead of floor test, Narayansamy alleged that the BJP is derailing India's democratic system.

"What is happening in Puducherry now is political prostitution. But the truth will prevail," he said.

He alleged that former Lieutenant Governor Kiran Bedi and the Centre colluded with the opposition to destabilize his government.

After his hard-hitting speech, slamming the Centre for colluding with the opposition to topple his government and arguments over voting rights of three nominated MLAs, the chief minister and his MLAs walked out of the House.

The Congress leader and former General Secretary B.K. Hariprasad said: "BJP is pulling down governments where they don't get majority through elections."

Last year at the same time Congress former leader Jyotiraditya Scindia led a revolt that resulted in the fall of Congress government in the Madhya Pradesh where Congress had fought tooth and nail to wrest to power after fifteen years.

The similarity between the Puducherry, Madhya Pradesh and Karnataka is that the Congress MLAs revolted against the party and due to their resignation the government collapsed.

Ten MLAs in Goa crossed to BJP and about 20 MLAs left the party in West Bengal to join the Trinamool in last five years.

The danger in Rajasthan is still looming after the revolt of Sachin Pilot which Congress managed to resolve timely but the BJP has its eyes on the internal contradiction of the Congress and may things playing out between the Ashok Gehlot and Pilot camps.

In Maharashtra, a problem has arisen in the Maha Vikas Aghadi government after the resignation of Nana Patole as the speaker as coalition partners alleged that Congress did not consult the allies, sources said.