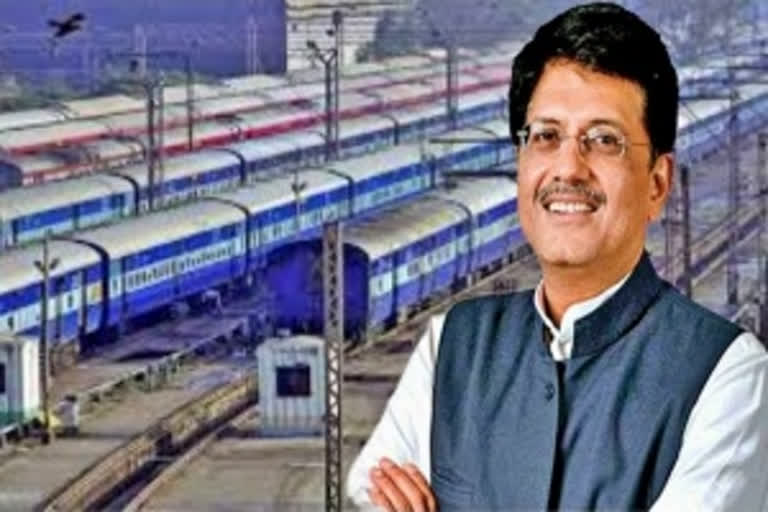 A total of 88 Railway projects were dedicated to the nation worth more than Rs 1,000 crores by Union Minister of Railways Piyush Goyal. He also announced facilities for various railway stations in Kerala, Tamil Nadu, Madhya Pradesh, West Bengal, and Karnataka.

88 Railway projects dedicated to the nation

According to a press release, a total of 88 Railway projects were dedicated to the nation worth more than Rs 1,000 crores making Railways future-ready.

While inaugurating the rail projects in Kerala, Piyush Goyal said that it is important to improve connectivity in the state which is a keeper of Indian Heritage and for the railway passengers using the various amenities in the state of Kerala.

"Our effort is that we give a big lift to the infrastructure to the railways in Kerala. We give a boost to the facilities connecting Kerala with the rest of the country. We ignite more economic activity in the area and transform the railway network through the state of Kerala. The budget being allocated for Kerala is continuously increasing year on year. We are committed to having a vibrant railway network across Kerala in the days and months to come," he said.

Foot Over Bridges in Kerala

In Kerala, Foot Over Bridges (FOB) have been provided three locations at a total cost of Rs 9.56 crores at Kollam, Kundara and Kochuveli.

These foot overbridges will enhance the mobility of passengers and ease crowd dispersal at these important stations.

Facilitating ease of access to platforms and concourse areas, particularly for senior citizens, sick and divyang passengers, lifts have been provided at Kanhangad and Aluva at a total cost of Rs 1.60 crores.

To provide convenience to Divyang, old aged and ailing passenger, three lifts have been installed in platform numbers 1,2/3 and 4 of Gwalior station with the cost of Rs 92 lakhs.

Presently, trains are being run by the diesel engine in this 189.46 km rail section which requires extra time to change the loco from Ratlam.

After electrification of this section, trains will be run by electric loco which will eliminate extra time in changing of locos and trains will run with high speed without hindrance and passengers and goods trains will reach their destinations in a short time.

Electrification of the Ratlam-Chittorgarh section will save diesel and will contribute to green energy.

Conversion from diesel to electric traction of this section will also save Rs 27.54 crore per year.

This electrification has been done at the cost of Rs 205.44 crore, the Ministry said.

Teegaon to Chichonda 3rd Ghat line (17 Km) project, which has been categorised as "supercritical", has been completed and commissioned in December 2020.

Provision of lifts at Betul and Pandhurna stations will help the Divyangjan, senior citizens and other passengers to go from one platform to the other easily.

During the event, Goyal also flagged a passenger service from Rewa to Itwari.