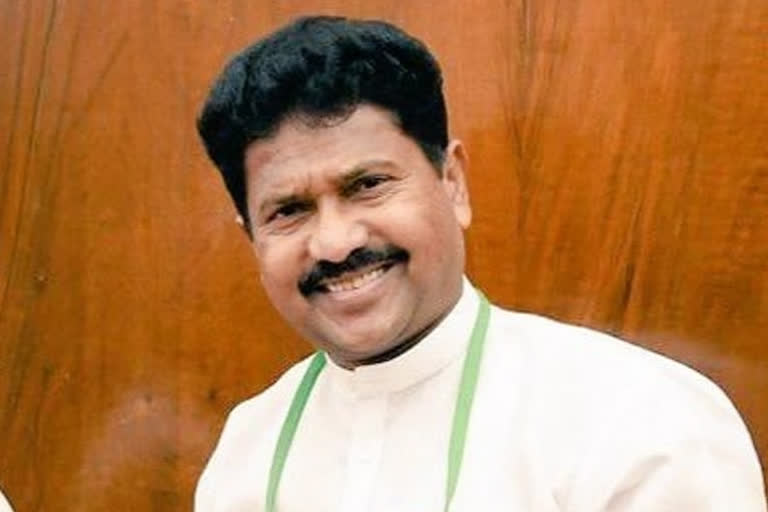 The Mumbai Police have confirmed that Lok Sabha MP Mohan Delkar's death was due to asphyxia and that he had committed suicide in a hotel in the Marine Drive police station area on Monday.

Mumbai (Maharashtra): A post mortem report has confirmed the suicide of Lok Sabha MP Mohan Delkar's death due to asphyxia, say Mumbai Police. His body was found hanging in a hotel in the Marine Drive police station area yesterday.

The body of Dadra and Nagar Haveli Lok Sabha member Mohan Delkar, who was found dead in a Mumbai hotel, was handed over to his relatives after postmortem, an official said on Tuesday.

The body of Delkar (58), Independent MP from Dadra and Nagar Haveli Union Territory, was found hanging from a ceiling fan in his hotel room in the Marine Drive area of south Mumbai on Monday, a police official said.

A suicide note in Gujarati was also found at the spot, he said.

After getting information about the incident, senior police officials and a forensic team had reached the spot.

The postmortem was conducted at the government-run J J Hospital here following which the body was handed over to his family members, who had come from Dadra and Nagar Haveli, another official said.

An assistant commissioner of police from the Colaba division here is conducting an inquiry into the case.

Delkar was a seven-term Lok Sabha member from the Union Territory of Dadra and Nagar Haveli.

Delkar is survived by wife, a son and a daughter.

(With Inputs from Agencies)