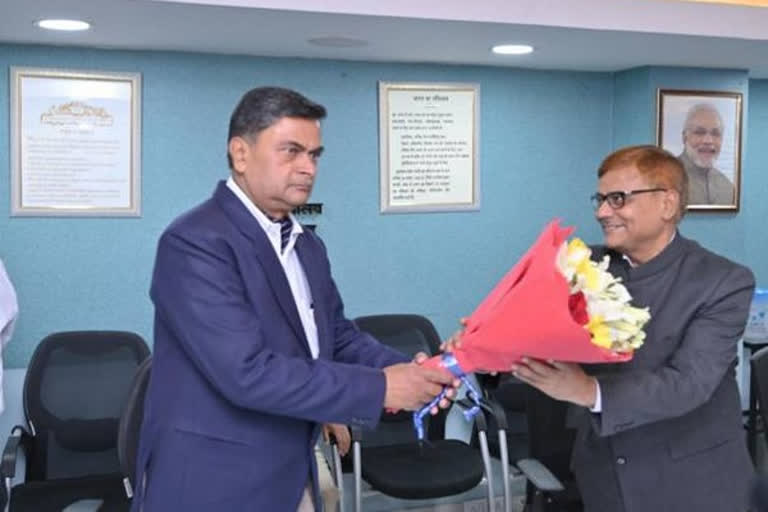 New Delhi: Minister of State for Power (Independent Charge) RK Singh, administered the oath of office and secrecy to Pravas Kumar Singh as a member of the Central Electricity Regulatory Commission (CERC) on Monday.

"Pravas Kumar Singh holds LLB Degree. He has worked as Member (legal) in Jharkhand SERC till he was appointed Member, CERC," read the press release by the Ministry of Power.

CERC had been established by the Government of India under the provisions of the Electricity Regulatory Commissions Act, 1998.

CERC is the Central Commission for the purposes of the Electricity Act, 2003 which has repealed the ERC Act, 1998.

The Commission consists of a Chairperson and four other Members including Chairperson, Central Electricity Authority who is the ex-officio Member of the Commission.