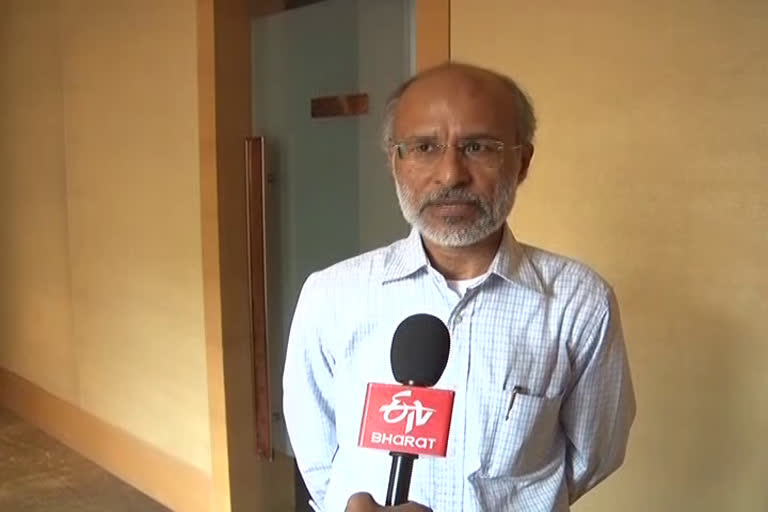 Economists are pointing out consumption fall as the main reason for the current decline in the growth rate. Anil K Sood, Professor at the Institute for Advanced Studies in Complex Choices (IASCC), advises the government to not to bother about fiscal deficit targets for now and start investing.

Economists are pointing out consumption fall as the main reason for the current decline in the growth rate.

"Growth slowdown is significant and wide-ranging," said Anil K Sood, Professor at the Institute for Advanced Studies in Complex Choices (IASCC) as he talks to ETV Bharat about the state of the economy.

He observed that the lower-earning leads to cut down in investments and consumption. "Average Indian is concerned about employment. People are not earning well enough and naturally when you fear your earnings are not going to grow you cut down your consumption and investments".

Sood suggests to increase the earning of rural India to increase private consumption. "we have to increase earnings for the largest number of people”, he said.

While the country's unemployment is at 45 year-high, there are some concerns about low paying jobs too.

"Starting salary for young engineers and young MBA graduates have become stagnant for some time. Youth is the one who spends", he said.

Anil Sood, who mainly works for advancing the science and practice of making choices advises the government to not to bother about fiscal deficit targets for now.

"Government should start investing and not worry about fiscal deficit targets excessively. The government is too worried about the fiscal deficit, if we exceed Rs.1 lakh crore or even Rs.1.5 lakh crore it doesn't affect our economy in any way as we have excess capacity in production”.

The government's consumption expenditure has grown 15.6% in Q2 and has significantly fuelled the growth. Given the fact that the fiscal deficit targets have been breached by 102%, there is a little room for the government in the next quarter.

Now, amidst the divestment process, all eyes are on the Reserve Bank of India for Monetary stimulus to spur growth.

"I think this is a solution to the wrong problem. Rate cut will help only when the investment demand is high ".

Anil, who works with leading firms helping them to grow capability said that the senior corporate bosses are worried about demand rather than cost.

He insists that the government should reduce the ratio of contract labours and fill government jobs immediately.

"Low paying jobs will not help the economy to grow. If all jobs are contract jobs, sentiment (of consumers) will be low", he added.