Why loan moratorium should be completely avoided 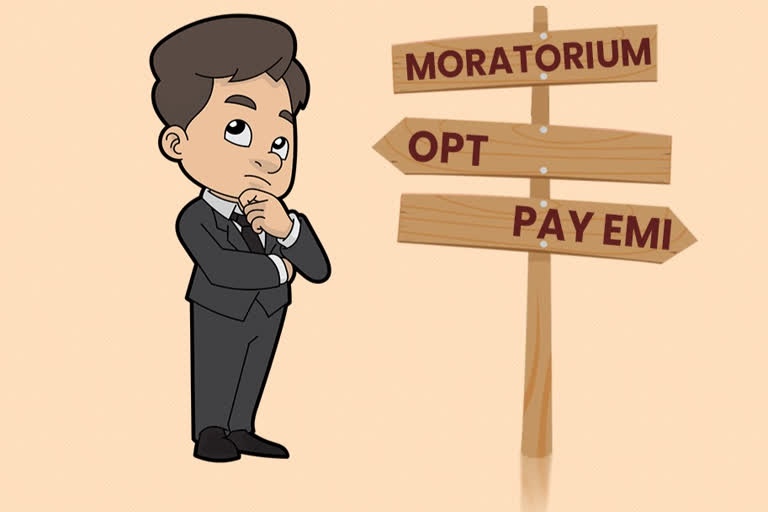 A moratorium does not mean that the EMIs are being waived off, it merely means deferment of payments. On top of that, interest will continue to accumulate on the outstanding amount even during the period of moratorium.

Hyderabad: Recently, RBI announced a 3-month extension to the loan moratorium, thereby taking the total moratorium period to 6 months till 31 August, 2020. Many people have rejoiced and felt a big relief that they need not pay EMIs for another three months.

In fact, data from some of the largest banks and NBFCs like ICICI Bank, Axis Bank, Bajaj Finance show that around 25-30% of the loans were under the 3-month moratorium announced in March. For Bandhan Bank, a staggering 71% of the loans are under moratorium.

Surprisingly, even though the moratorium would lead to significant additional interest burden and strain on one’s personal finances, a lot of people have been opting for it, probably without understanding the adverse effect it would eventually have.

A moratorium does not mean that the EMIs are being waived off, it merely means deferment of payments. On top of that, interest will continue to accumulate on the outstanding amount even during the period of moratorium. (For ease of understanding, consider a loan outstanding of Rs 10 Lakhs with an interest rate of 10% per annum. The annual interest comes out to be Rs 1 Lakh per year. By deferring payments for six months, you will easily accumulate an additional interest of Rs 50,000/-).

The only benefit apart from having the option to delay EMI payments by 6 months is that these will not be counted as defaults and hence bank would not charge an additional penalty. Also it would not impact your credit ratings. However, these benefits come at a significant cost in the form of additional interest.

This is unlike salary cuts or salary deferment, which many of us might be currently taking. Most likely, no interest will be given for deferred salaries.

Hence, one needs to be very careful and understand the actual financial impact a loan moratorium can make before opting for such a scheme. The additional interest to be paid would also depend on how you restart your EMIs again. Following are the three options that you would have with increasing order of negative impact:

Let's take a look at a few examples to compare the additional interest which needs to be paid under these options.

Assume a loan of 20 Lakhs taken at 9% for ten years. Assume that 10 EMIs have already been paid. The effect of opting for a six-month moratorium and additional interest payments under different options are given below: The effect of opting for a six-month moratorium and additional interest payments under different options.

Similarly, assuming a loan of 50 Lakhs taken for 20 years with EMIs already paid for last five years, the effect of availing the six-month loan moratorium would be as under: 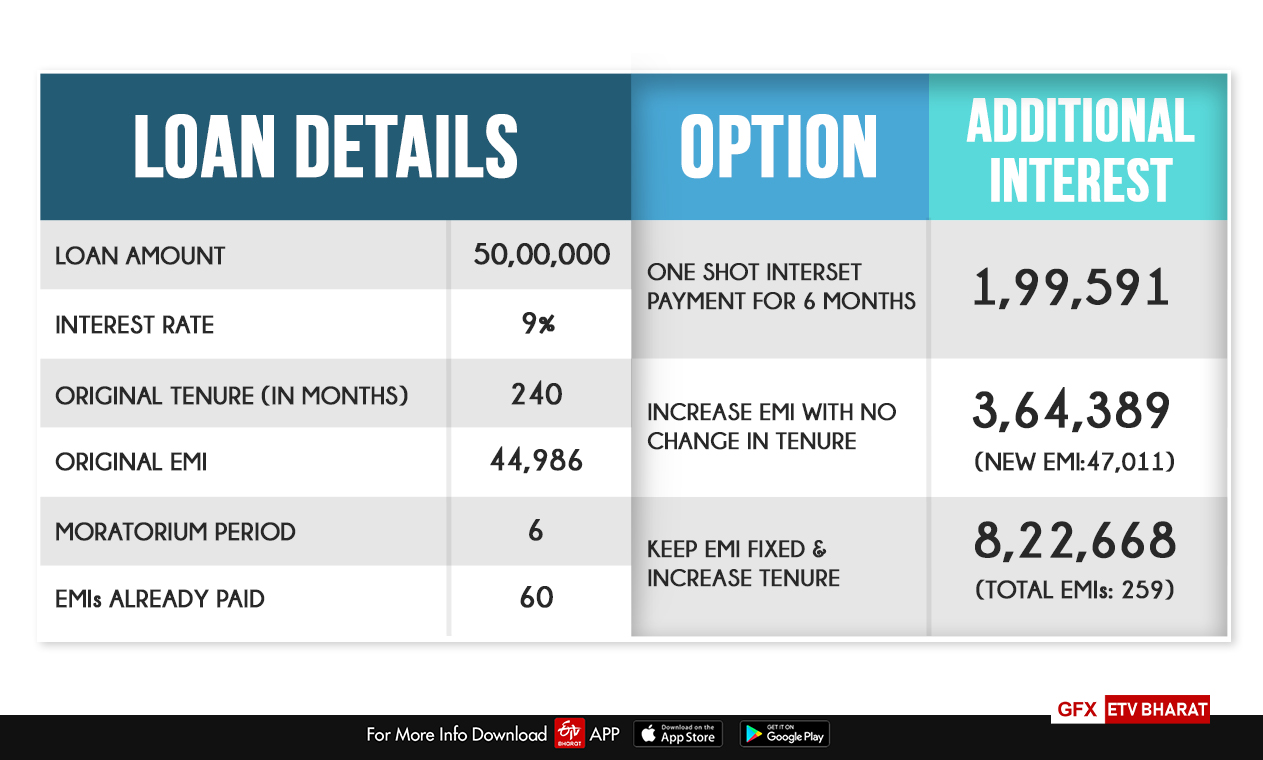 The effect of opting for a six-month moratorium and additional interest payments under different options.

If you decide to keep the EMI amount fixed in this case and increase the loan tenure, you would need to pay an additional interest of around 8.2 Lakhs! In this case, almost 19 additional EMIs!

There are numerous calculators available online which you can use to calculate the impact and arrive at informed decisions.

To keep it simple, the higher the loan amount outstanding and the longer the duration of repayment, the higher would be the interest charged (the longer you hold someone else’s money, the higher interest you pay). Hence those who have taken loans recently should try their best to avoid the moratorium.

However, it seems that many people have opted for moratorium simply out of ignorance or misconceptions in spite of having good cash flows. Opting for this scheme should be your last resort. Debt is a vicious trap which will keep coming to bite you again and again. The banks are the largest beneficiaries here because they would end up receiving higher interest.

If in spite of doing your best, you still have to opt for moratorium, ensure that you start servicing as much debt as possible when your situation eases. Increase your EMI amount, make higher payments but stick to the same tenure.

(Written by Sanchit Garg. Author did his MBA (Finance) from IIM-Indore.)

Disclaimer: The views expressed above are solely of the author and not those of ETV Bharat or its management.

If you have any queries related to personal finances, we will try get those answered by an expert. Reach out to us at businessdesk@etvbharat.com with complete details.