India at UNSC hopes a consultative process in Haitians' aspirations 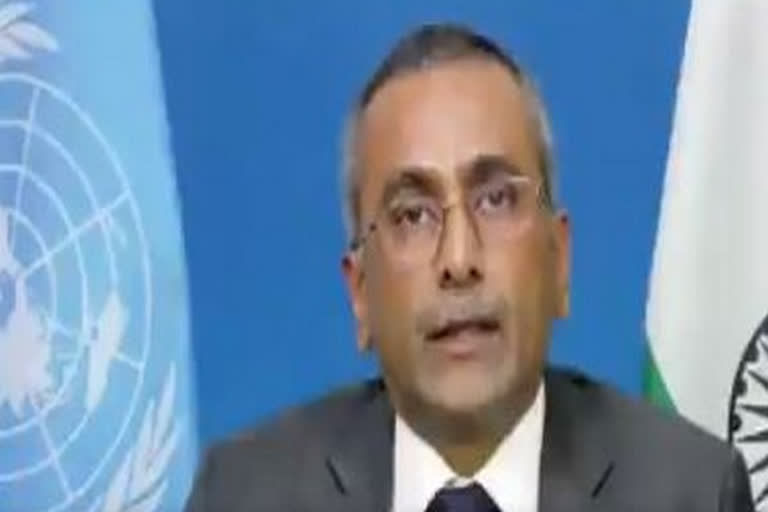 India on Tuesday has taken note of the appointment of an Independent Consultative Constitutional Committee and hoped that a consultative process involving all stakeholders will be undertaken to reach decisions that adequately reflect the hopes and aspirations of the people of Haiti.

New York (US): India on Tuesday has taken note of the appointment of an Independent Consultative Constitutional Committee and hoped that a consultative process involving all stakeholders will be undertaken to reach decisions that adequately reflect the hopes and aspirations of the people of Haiti.

Speaking at the United Nations Security Council, India's Deputy Permanent Representative-Political Coordinator to the UN R Ravindra said that India stands ready to work with the UN Integrated Office in Haiti (BINUH) and UN country team in carrying out their mandate especially in priority areas such as the delivery of justice, convening of elections and violence reduction, by carrying out holistic capacity and institution building activities, with full national ownership.

"We join the call for all stakeholders to engage in a national dialogue to bring political stability, usher in Constitutional reforms, and conduct elections peacefully to promote democratic institutions in the country, with the support of the international community," he said.

Ravindra further stated that the disarmament, demobilization, and reintegration project being carried out under the SG's Peacebuilding Fund is helping in addressing the issue of violence wrought by armed gangs.

He added, "We hope for the early implementation of the National Community Violence Reduction Strategy by the Haitian authorities. We also welcome steps to strengthen the Haitian National Police to deal with gang violence and its approach towards the community."

The envoy reiterated India's long association with Haiti and its people and said "India has been a major Troop Contributing Country to UN Peacekeeping Operations in Haiti and has contributed 3 Formed Police Units (FPUs) to MINUSTAH in 2008 and MINUJUSTH in 2017. The final batch of the Indian contingent of Assam Rifles departed Haiti in August 2019 and was awarded the United Nation's medal in recognition of their valuable work in the country."

"India contributed to the efforts of the Haitian authorities to deal with the devastating earthquake in 2010. In the immediate aftermath of the earthquake, India contributed USD 5 million to the Government of Haiti towards relief measures including the construction of a Gandhi Housing Village, as a token of our solidarity with the people of Haiti," Ravindra added.

"In July 2020, a project of USD 1 million was approved under the India-UNDP fund for the installation of Solar Pumps in Haiti. India has been assisting Haiti in its fight against the COVID-19 pandemic having provided hydroxychloroquine (HCQ), essential medicines, and protective gear worth in July last year, and is now in the process of sending 10,000 doses of COVID-19 vaccines," he said.

He further said, "We look forward to continuing our support to the people of Haiti in their efforts to emerge more resilient from the current challenging times."