Successful Mars exploration missions: All you need to know A NASA rover streaked through the orange Martian sky and landed on the planet on Feb. 18, accomplishing the riskiest step yet in an epic quest to bring back rocks that could answer whether life ever existed on Mars. The landing marks the third visit to Mars in just over a week.

Hyderabad: The world got its first close-up look at a Mars landing, as NASA released a stunning picture of its newest rover being lowered onto the dusty red surface. The photo was released after the Perseverance rover successfully touched down near an ancient river delta, where it will search for signs of ancient life and set aside the most promising rock samples for return to Earth in a decade.

Two spacecraft from the United Arab Emirates and China swung into orbit around Mars on successive days last week. All three missions lifted off in July to take advantage of the close alignment of Earth and Mars, journeying some 300 million miles in nearly seven months.

Let's have a look at the timeline of all the successful Mars exploration missions launched across the globe so far: 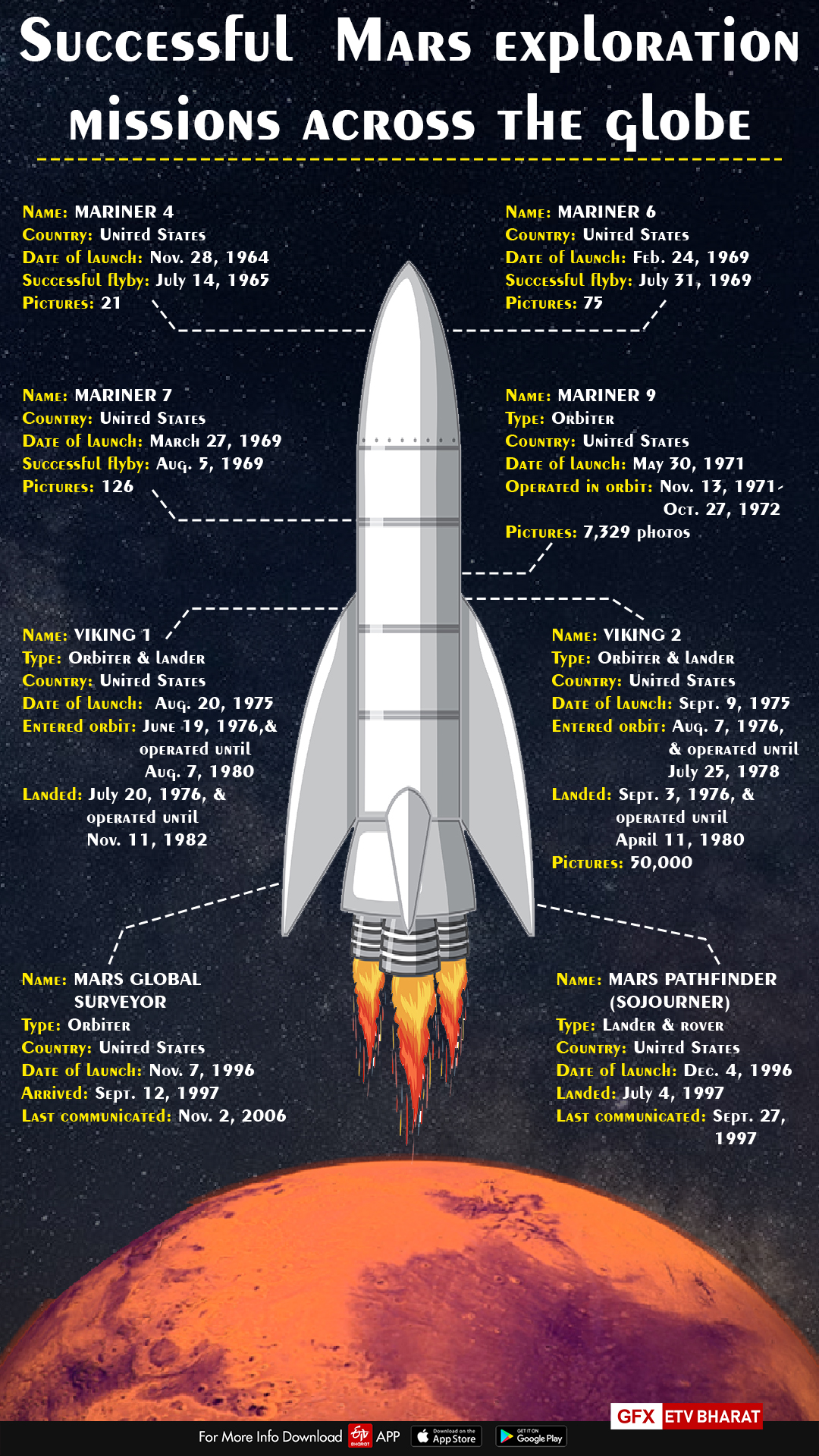