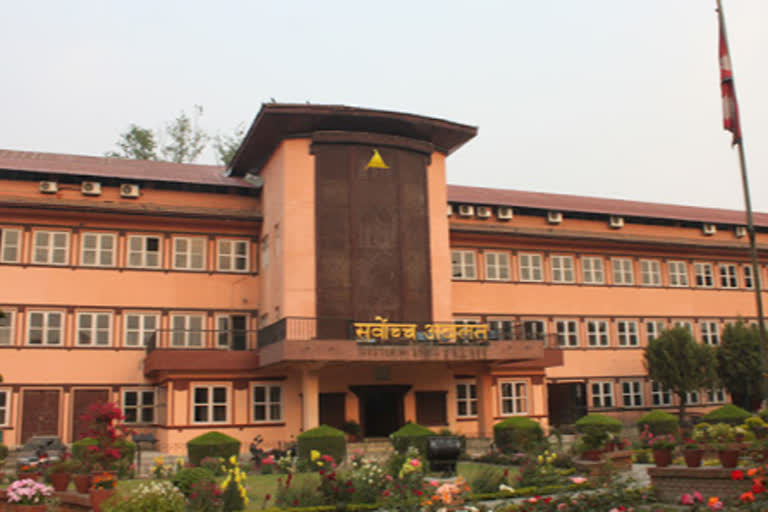 Kathmandu: Nepal Supreme Court on Tuesday has reinstated the House of Representatives and has directed the government to summon a session of the country's Lower House of the Parliament within 13 days.

The country's top court has also decided to cancel all decisions that the incumbent K P Oli government took after December 20, the day when the House of Representatives was dissolved.

The Kathmandu Post reported that the Constitutional Bench led by Chief Justice Cholendra Shumsher Rana overturned Oli's decision and directed the government to recommend calling a meeting of the House within 13 days.

As many as 13 writ petitions were filed in the apex court against the Oli-government's move. The court had earlier today summoned all the writ petitioners for the final verdict, The Himalayan Times reported further.

Kathmandu has been marred by anti-government protests daily which have been growing significantly over the period starting from December 20 when the now caretaker Prime Minister KP Sharma Oli dissolved the parliament.

This move by Oli which has been called unconstitutional and challenged in court has split the ruling party and led to the expulsion of now caretaker PM from the party.