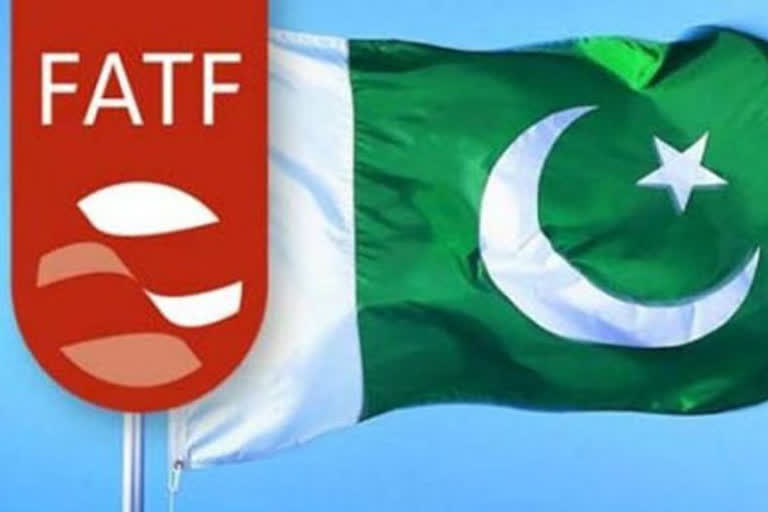 According to reports, background discussions with key officials and foreign diplomats suggest that even in the best-case scenario Pakistan would remain in the increased FATF monitoring list (grey list) until June.

New Delhi: With its plenary beginning on Monday Pakistan may remain in the grey list of the Financial Action Task Force (FATF) though the authorities assert that the country qualifies to be moved out on merit, Dawn reported.

As per the report, background discussions with key officials and foreign diplomats suggest that the jury is divided -- with the authorities claiming sufficient progress to be confident of a positive outcome but some diplomats suggesting that even in the best-case scenario Pakistan would remain in the increased monitoring list (grey list) until June.

Ahead of the plenary, the FATF updated the overall performance of all countries. Based on this update, Pakistan has been shown improving compliance on two out of the 40 recommendations of the FATF on the effectiveness of anti-money laundering and combating financing terror (AML/CFT) systems. It finds Pakistan's progress non-compliant on four counts, partially compliant on 25 counts and largely compliant on nine recommendations. Pakistan's evaluation at the plenary would be based on a 27-point action plan and not on these 40 recommendations, the report said.

The report mentioned that diplomats said they had not seen this time the kind of aggressive diplomatic effort Islamabad had been making in the past, particularly before the October 2020 plenary review. They said the plenary could discuss all options, including blacklisting Pakistan, keeping it in the grey list or removing it from the grey list.

The Dawn said the plenary discussions would take place on the analytical report of the FATF's assessors based on the status compliance report of Pakistan. The FATF's assessor analysis is pure of the technical nature of checklists. Adversaries can challenge the positive findings and come up with negative and critical opinions about the assessors' report. Likewise, friendly allies can question negative opinions. In both cases it leads to further discussion and conclusions are normally based on consensus, it added.

The report added that even the assessments may not lead to a final decision and are normally linked to an onsite visit by the FATF or its regional associates for physical verification that provides a couple of weeks to the authorities to address some minor deficiencies. If the FATF assessment finds Pakistan report to be fully compliant, even then this would be followed by an onsite visit in a couple of months and the country would formally move out of the grey list in June.