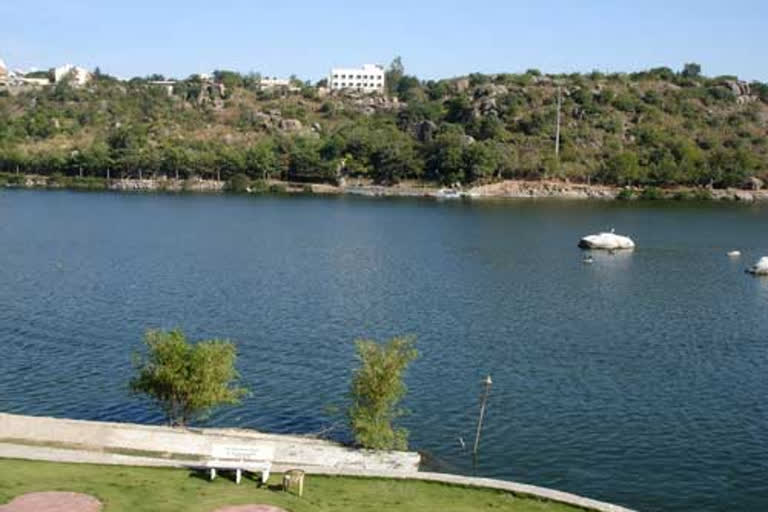 Hyderabad has become the only city in India to be recognised as a 'Tree City of the World' by the Arbor Day Foundation and the Food and Agriculture Organization (FAO) of the United Nations. It will be a huge step forward towards the realisation of a 'Green India' if the achievement made by Hyderabad is able to inspire enthusiasm about spreading greenery among all towns and cities.

Hyderabad: A rare jewel has been added to the crown of Hyderabad, which has been seeking recognition as the World’s most dynamic city. As a reward for its strivings to spread greenery, the Arbor Day Foundation, which works with a UN organization FAO, has recognized Hyderabad as a 'Tree City' for the year 2020.

The recognition came the very next day after the launch of 'Koti Vriksharchana' (Worship of a crore trees) programme. The programme was launched on the occasion of Telangana Chief Minister, KCR's birthday. Hyderabad is the only city in the country to win this laurel. This is an exciting development for all lovers of greenery.

In a welcome development, numerous personalities - from film actors to prominent faces belonging to diverse fields participated in the greenery drive. Spreading greenery by planting saplings on such a large scale cannot at all be part of any narrow political agenda for personal aggrandizement. This is a Yagya that will contribute to the state's long term interests, promotion of public health and ecological balance. Policies that contribute to the growth of the saplings into thick trees and policies that prevent indiscriminate felling of trees are keys to the large-scale promotion of greenery.

The rare international recognition accorded to Hyderabad city should trigger a healthy greenery competition between all towns and cities. A Green India can be unveiled only through the active participation of civil society.

For the past several years, environmentalists have been emphasising on the promotion of greenery as a movement at the individual and social levels. The demon of pollution has been showing its fangs because of the negligent attitude towards warnings from environmentalists.

A study conducted by a South East Asia organization called Green Peace has revealed that 1.2 lakh lives were lost due to air pollution caused by particulate matter in Delhi, Mumbai, Bengaluru, Hyderabad, Chennai, and Lucknow. In the estimation of this organisation, Rs 1.3 lakh crore are spent towards medical expenses to deal with diseases caused by pollution in these six cities.

Environmental pollution is affecting all countries of the World. However, India is counted among the 67 worst-affected countries. China's afforestation programme has been able to generate enough greenery that was able to clean up 25 tonnes of carbon dioxide annually and release 60 kilos of oxygen every day. This afforestation programme by China has achieved excellent results at the field level.

Trees balance the environmental temperature and regulate the flow of water. Trees are the stepping stones for mankind's healthy future. Niti Aayog's plan to promote social forestry and the central government's resolve to unveil Green India should not remain pious intentions confined to paper work. It will be a huge step forward towards the realisation of a Green India if the achievement made by Hyderabad is able to inspire enthusiasm about spreading greenery among all towns and cities.

Read: In a first Hyderbad gets women as Mayor and Deputy Mayor