Ishant on '100': It was important that I understood captain's psyche than other way round 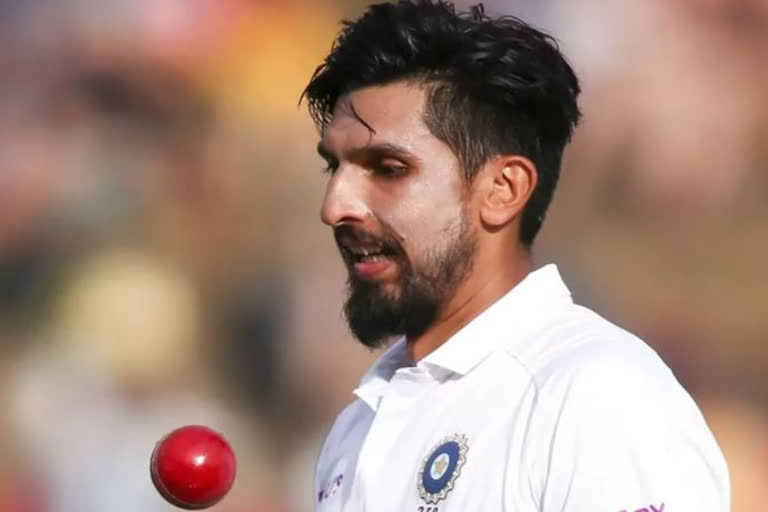 On who will be the leader of the pack once he leaves the scene, Ishant picks Jasprit Bumrah.

Ahmedabad: Ishant Sharma on Monday attributed his remarkable longevity in the game to understanding what the "captain wants from him" than the other way round as he finds himself on the cusp of becoming only the second Indian pacer after Kapil Dev to play 100 Tests.

Ishant made his Test debut as a gangly 18-year-old in Bangladesh when Rahul Dravid was the captain and subsequently was led by Anil Kumble, Mahendra Singh Dhoni, Virat Kohli and Ajinkya Rahane during the last decade and a half.

So which captain understood him the best in all these years? Ishant Sharma made his Test debut as a gangly 18-year-old in Bangladesh when Rahul Dravid was the captain.

"It is difficult to say who understood me the most as all of them understood me really well. But more than the captain understanding me, it was always important as to how I understood the captain," Ishant said during the virtual conference ahead of the third Test against England, beginning here on Wednesday.

"That's very important. What does the captain want from me specifically. If those things are clear, communication becomes easier," said the man who has 302 wickets from 99 Tests.

Does he think that being dropped from white ball squads and also missing out on a couple of seasons of IPL helped him reach to the milestone quicker than many others?

"I normally treat this as a blessing in disguise. It's not that I don't want to play white ball as that's what is the job of a sportsman but if he is not playing, what does he do? At best he can train.

"I didn't want my Test cricket to get affected because of my non-selection in ODIs. At least I should be grateful that I am at least playing one format," he said.

For him, it was important that he forgets what's not there and be grateful for what he has.

"So if you don't think too much, be grateful and try to focus on the format you are playing, it only helps you. May be it helped me in completing 100 Tests.

"Having said that, I don't think had I played three formats, I couldn't have played 100 Tests. May be it would have taken a bit longer. I am only 32 and not 42."

So does crossing Kapil Dev's 131 Tests cross his mind?

"131 will take a long time. I only want to think about qualifying for the WTC final. This is my World Cup where if I win can have the same feeling that others had while winning ODI world Cup."

Ask him about Jimmy Anderson playing at 38 and if he could play till that age, he laughs.

"38? I will go one game at a time. You never know what comes next. Yes, I am more professional about my recovery now. Earlier, I would train hard but didn't focus on my recovery. As you grow older, you need to recover well to bowl long spells, take care of your body."

He doesn't have a roundabout way of speaking and when a veteran journalist asked him what changed since 2018 when he took 76 wickets in the last 20 games at an average of less than 20, his disarming answer would floor anyone.

"I played more outside India, so I got those wickets. If you don't bowl in India, how would you get wickets? To be very honest, it was just overseas conditions."

On who will be the leader of the pack once he leaves the scene, Ishant picks Jasprit Bumrah.

"I think I don't want to take one name. You are good and that's why you play for India. But I think, after me, it is Jasprit Bumrah, who will play most matches for India.

"I think he has to lead the way and also it will depend on how he speaks to youngsters, take them under his wings, groom them."

For fast bowlers to blossom, one needs to understand their skill sets and plan accordingly.

"Saini has pace, Siraj has control. You have to understand people's strength. Skill sets are different and if you tell Saini to bowl one area and Siraj to hit 140k, then you are not doing justice to their strengths."

As a parting shot, Ishant added: "As long as I can maintain the intensity in my game, I will play for India."