No need for IND-PAK cricket till there's terrorism in Kashmir: Gambhir 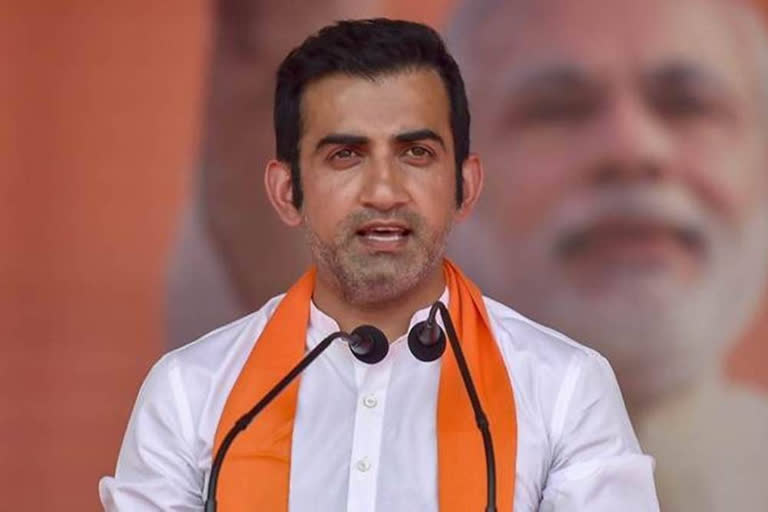 Gambhir, the national icon who was handpicked by the BJP in Delhi in the 2019 parliamentary elections, argued that Indian cricketers get paid handsomely for playing for the country but soldiers defend the nation selflessly.

Hyderabad: Member of Parliament and former star cricketer Gautam Gambhir has strongly opposed the idea of resumption of cricket between India and Pakistan until Islamabad stops cross-border terrorism in Jammu & Kashmir.

In an exclusive interview to media at his home in the national capital, the star of the 2007 T20 India-Pakistan World Cup Final and 2011 India-Sri Lanka Final, Gautam Gambhir, said, "Ultimately, cricket does not matter. The lives of our soldiers do."

Though under international pressure, Pakistan claims that it has cracked down on its terror groups, but it has continued to send armed terrorists in Jammu & Kashmir. In the last few weeks, terror attacks against civilians and security forces in the newly created union territory have increased too.

Gambhir, the national icon who was handpicked by the BJP in Delhi in the 2019 parliamentary elections, argued that Indian cricketers get paid handsomely for playing for the country but soldiers defend the nation selflessly. "I haven't done any favour to anyone by playing and winning for the country. But look at someone who is defending us on the Siachen or Pakistan border, risking his life for a small amount of money. They are the greatest heroes of our country."

As a child, Gambhir wanted to join the Indian Army but after playing the prestigious Ranji trophy while he was still in school, he was persuaded by his parents to play for India at the international level. "It was another way of standing up for the country. So I agreed," Gambhir, who now represents the East Delhi constituency in Lok Sabha, recalled.

Though his love for the military and the Indian Army uniform remains intense, he refuses to accept any honorary offers to join the territorial army meant for civilians in India. "135 million Indian soldiers are brand ambassadors of the Indian Defence Forces. They don't need brand ambassadors to promote themselves," Gambhir said.

The military uniform, he said, is sacrosanct because soldiers who wear it give their blood and lives to defend the country. "No one should wear it who has not earned it," the cricketer argued passionately.

The former left-handed opening batsman believes that it is the moral responsibility of each and every Indian to speak for the soldiers who are taking bullets in Jammu & Kashmir, because of Pakistan's cross-border terrorism. "They give their lives to protect us. The least we can do is stand by them," says the cricketer under whose captaincy, the Indian team won all six ODIs matches between 2010 and 2011.

Till the time Pakistan stops cross-border terrorism, he said, India should not play cricket with their team. "I would have taken this stand with or without being in politics. I have always held similar views," the only Indian and one of four international cricketers to have scored hundreds in five consecutive test matches, said emphatically.

Recalling his famous run-ins with Pakistani cricketer Shahid Afridi, on and off the field, over Kashmir, Gambhir reiterated that he would never appreciate politicisation of the game. "Afridi's statement during the 2011 semi-final match that he wanted to win the toss for Kashmiris (actually we won that semi-final). It was a ridiculous statement. We don't talk about Pakistan's issues, so why should talk about our issues? They can deal with their problems and we can handle our own issues."

"But Afridi politicised the toss. No one appreciated that. So when we won the game I said that I wanted to dedicate it to the victims of the 26/11 Mumbai terror attacks. My stand remains. I say things which I believe. I don't say things to make headlines. That is not something that excites me," Gambhir said very firmly.