IND vs ENG, 3rd Test: We control the final Test if we win this one, says Archer 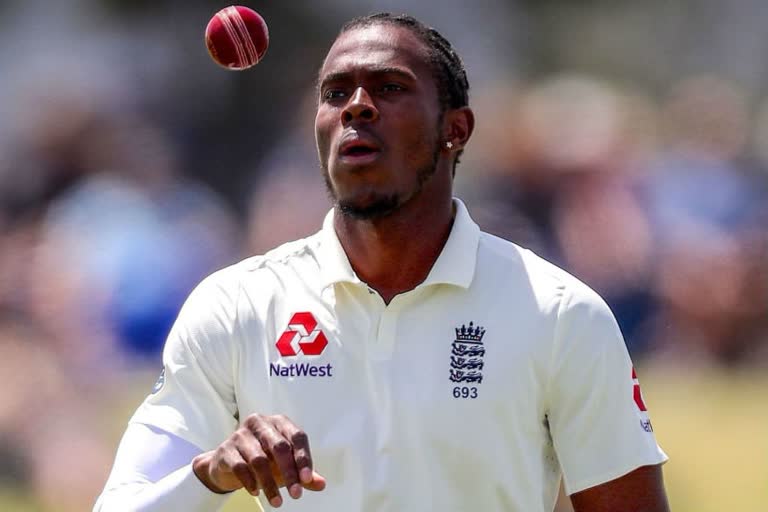 Archer, who did not play the second Test due to an elbow injury, is set to feature in the pink ball game.

Ahmedabad: England pacer Jofra Archer on Monday said his team would control the fourth and final Test against India if it manages to win the upcoming pink-ball match, beginning here on Wednesday.

The series, tied at 1-1, has added significance with both teams in the hunt for a spot in the World Test Championship final.

Archer, who did not play the second Test due to an elbow injury, is set to feature in the pink ball game.

Asked if England win can the series from here, Archer said: "Oh yes. I think that's why this next Test is important. If we do go ahead we can always draw (fourth Test).

"We always play to win but this next one puts us in the driver's seat, I think we control the last game if we win this one," he said during a virtual media interaction.

Archer is looking forward to bowling with the pink ball under lights.

"And when the lights come on it does a little bit more than it does during the day so you know it's pretty consistent I would say."

On playing under lights, the Barbados-born pacer, said, "It's a bit different now because when playing in England it's still late at 10 o'clock, I think that defeats the purpose of doing it, but it's going to be new for me.

"Obviously, it''d be nice to actually play with a pink ball."

Though the pink ball aids the pacers more, the pitch is expected to be another turner.

"I think in India spinners play a big role. Don't think the captain expects you (a pacer) to get a five-for or six-for in the subcontinent, you get two or three and you've done your job. I think that is our job," said Archer on his role in the side.

The speedster said he would have not played the second Test anyway, as part of England''s rotation policy to cope with the bubble life.

"Feeling fine I guess, no complaints here. Just tried to utilise the best of a two-week window. Could have played the second Test if needed, but I was going to be rested anyway so I could have enough time to rebuild for the third Test.

"Always nice to be in competition for a spot. As long as you get it's fine, I'd rather be in the Test series than trying to play lots of games."

The rotation policy has been a subject of intense debate but Archer said it is the need of the hour.

"I think it's necessary especially now during COVID and stuff, there's a lot of resting and quarantine periods. I think rest and rotation is necessary for now.

"That's why we have such a big squad. Touchwood everyone is fit, but it's very unlikely, someone will go down with injury.

"The last thing we need is to be scrambling for a replacement, so I think the beauty of a big squad is that we can see everyone on a daily basis, even if they are not in the squad or in the team, you can still see what they can do," he added.