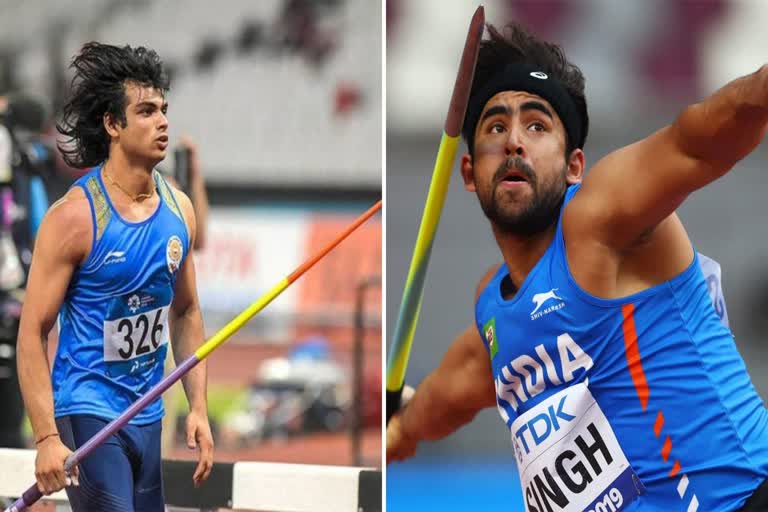 Asian Games champion Chopra, 23, had been training along with other leading javelin throwers in Bhubaneswar for two months.

Asian Games champion Chopra, 23, had been training along with other leading javelin throwers in Bhubaneswar for two months.

"All the javelin throwers have reached Patiala to compete in the competition," said a national level coach.

Chopra had earned the Tokyo Olympic Games quota place in January last year during South Africa's domestic competition with a distance of 87.86m, which was better than the Olympics qualification mark of 85m. Thereafter, Chopra had planned to train in Europe but he put off his plans because of the global Covid pandemic.

Asian medallist Shivapal Singh is the other high profile javelin thrower to have qualified for the rescheduled Olympic Games, starting from July 23. The 24-year-old athlete had recorded a throw of 85.47m in March last year in South Africa.

The Athletics Federation of India (AFI) has also included women's javelin throw in the second leg of the IGP.

The main attraction in the women's javelin throw will be 27 years old Annu Rani from Uttar Pradesh. Although the national record holder was impressive in the 2019 Doha World Championships, she failed to achieve the Olympics qualifying mark of 64m. Her best throw in the qualification was 62.43m. However, she couldn't do better in the finals.

Also Read: Govt sanctions Rs 5 lakh each to Meerut players who were forced to sell vegetables to make ends meet

A majority of the top athletes had skipped the first leg of the IGP, held on February 18 in Patiala, without giving any reason.

The IGP's are part of the Tokyo Olympic qualification but performance in the first leg in almost all the events organised was average.