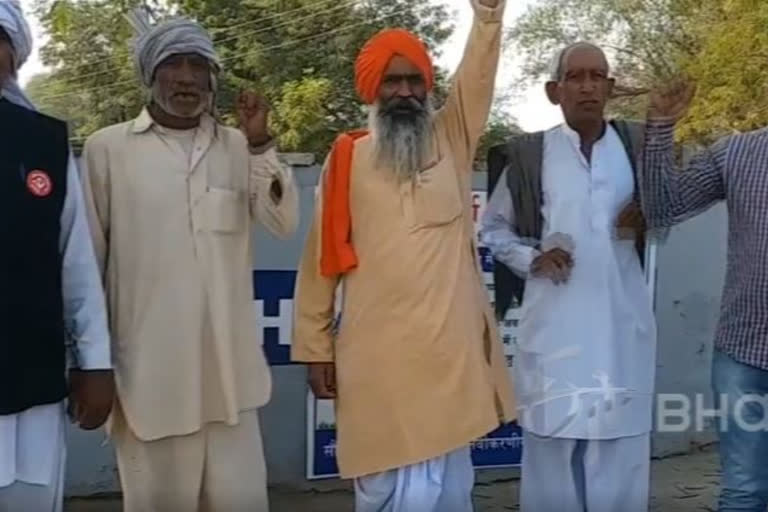 Farmers across the country are protesting with unity and conducting maha panchayat demanding the withdrawal of all three agricultural laws. After the recently held 'Rail roko' campaign, now the farmers will celebrate ‘Pagri Sambhal Jatta’ day today.

Hisar: As the farmers' protests reach nearly 90 days mark at the capital, the Kisan United Front on Tuesday announced that people from all over the country today wear a turban of any colour marking it as ‘Pagri Sambhal Jatta’ (Take care of your turban) day.

Farmers across the country are protesting with unity and conducting maha panchayat demanding the withdrawal of all three agricultural laws.

Kisan Sabha's president in Hisar said that today at the Punjab, Haryana and Delhi border along with several other places in the nation ‘Pagri Sambhal Jatta’ day would be observed. He added that both men and women protestors will wear a turban today for the fight for their self-respect.

Along with this, discussions will also be held on the upcoming days of farmers' protests and how to strengthen the movement.

The district head of Kisan Sabha said that on one hand, the government gives less MSP by adding the wrong formula. On the other hand, increasing oil prices day by day is also adding to people's problems.