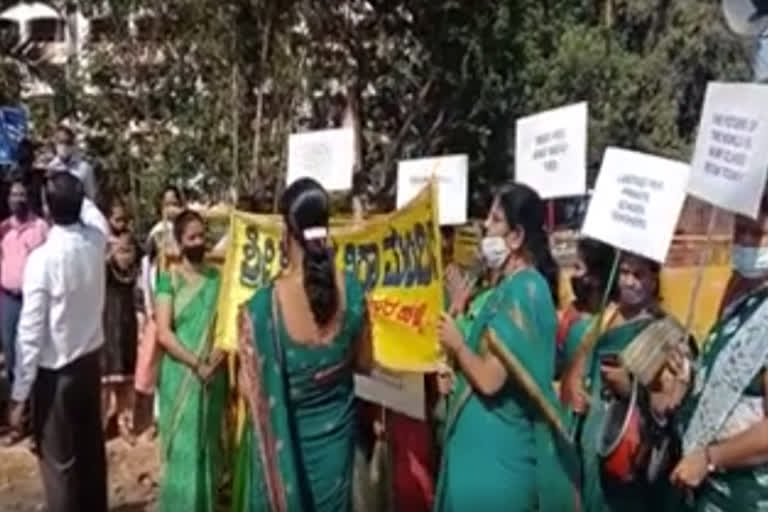 The private schools’ associations in Karnataka staged a protest in Bengaluru on Tuesday over the government’s order asking schools to take a 30% cut in tuition fee.

Bengaluru (Karnataka): The private school teachers and the associations in Karnataka have staged a protest in Bengaluru on Tuesday over the government’s order asking schools to take a 30% cut in tuition fee.

The associations are agitating against the state government’s order on January 29 that private schools can collect only 70% of tuition fees and cannot charge fees under any other header. School managements have been demanding that the order be revoked and labelled unscientific.

Karnataka Private School Managements, Teaching and Non-Teaching Staff Coordination Committee have stated that the rally will be taken out from Bengaluru railway station to freedom park in the city.

The protest comes in the backdrop of a government order that directed private schools to reduce fees for the upcoming academic session. The schools, however, argued that they need money to pay their staff. However, parents contested the argument stating that most teachers have been sacked or have received pay cuts from the management.

More than 25000 teaching and non-teaching staff have been involved in the protest.

The private school managements have been alleging that fee cut will intensify their financial crunch and that they have been facing harassment at the hands of Block Education Officer (BEO) and Deputy Director of Public Instruction (DDPI) officers and have not received any reimbursement for students admitted under Right to Education scheme.

The Karnataka Private Schools’ Parents’ Associations’ Coordination Committee has urged the government not to give in to pressure being exerted by private schools to revoke the order. Demanding a fee determination committee, parents alleged the school associations have been creating an unnecessary ruckus.