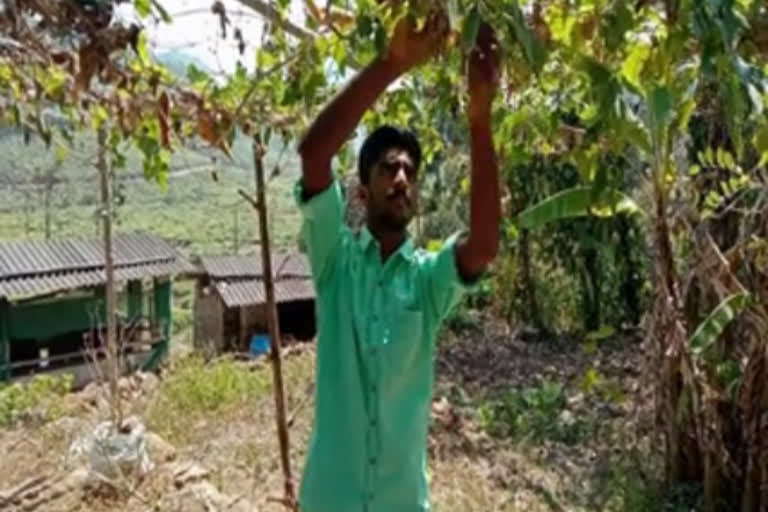 Allen Thomas, a teenager, reaped high yield from rocky land in Idukki. He aims at self-sufficiency and the provision of harmless, healthy vegetables for his family. He had won the 'Karshaka Prathibha’ award instituted for school children from the Government of Kerala.

Idukki: Allen Thomas, a plus-two student from the Idukki district of Kerala, has reaped high yield from rocky land with the strenuous effort of covering it with soil and making it cultivable.

Allen’s house is in the middle of a tea plantation in Idukki. The area is covered with rocks and scree, but Allen started growing vegetables there out of his will and grit. Allen’s past two attempts to cultivate vegetables here was spoiled by the consecutive floods which washed the soil away and led to crop loss. Unperturbed, Allen has started all over again and is growing crops this year also.

Allen looks up to his father Joseph Thomas, a farmer himself. His mother Sonia also fully supports Allen’s interest and inclination towards farming. Besides farming, ten cows are also being reared at Allen’s house. The cow dung from these cows is being used as manure for vegetable farming.

The Government of Kerala had honoured Allen with a ‘Karshaka Prathibha’ award instituted for school children, for his determination in agriculture and efforts for farming. The plus two student is all set to learn the new farming techniques and to engage in fresh experiments with farming.