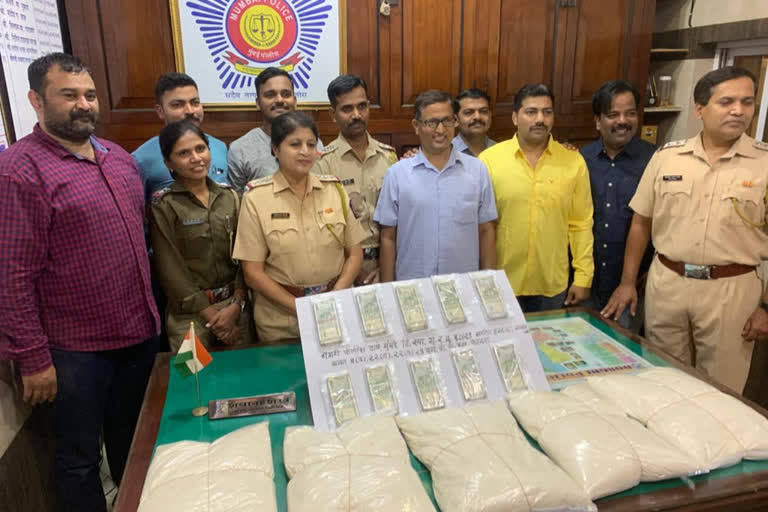 Mumbai: In a major operation, Dongri police in Mumbai have seized Mephedrone (MD) worth Rs 12.5 crore from Santacruz. Deepak Bangera, accused of peddling drugs, was arrested by police. In addition, police have also seized Rs 5 lakhs as cash.

Medicine packets in large quantities, two weighing machines were also seized. It was revealed during police interrogation that drugs worth billions were hidden in a house in Waco area.

Another accused Ishaq's arrest led the police to book Deepak Bangera. After interrogation for 48 hours, Bangera revealed the spot where drugs were hidden.

On the same day, a raid in Vashi area of Navi Mumbai led to the arrest of Abdul Wasim with 60 grams of MD drugs.

Police investigation is underway to find where the smuggling of such large quantities of drugs takes place.