Maharashtra: 5 killed as car collides with bus in Ahmednagar 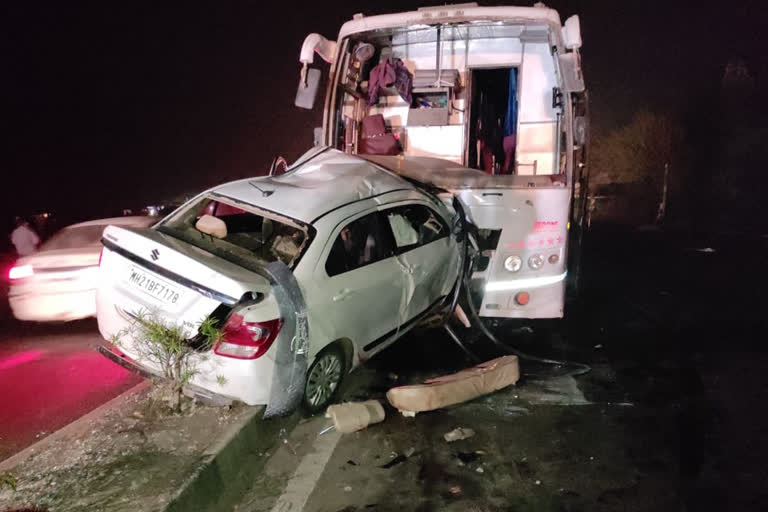 At least five people were killed after the car they were travelling in collided with a bus in Maharashtra's Ahmednagar district. The bodies were sent to Nevasa rural hospital for postmortem.

Aurangabad: Five occupants of a car were killed when their vehicle collided with a bus in Maharashtra's Ahmednagar district in the wee hours of Monday, police said.

The accident took place around 2 am at Devgad Fata, about 60 km from here, when the car heading towards Aurangabad collided head-on with the private bus which was on way to Ahmednagar, an official from Nevasa police station said.

The car jumped the road divider and hit the bus coming from the opposite direction, another official from Ahmednagar police control room said.

Five car occupants, all residents of the state's Jalna district, died in the accident, the police said.

The bodies were sent to Nevasa rural hospital for postmortem.