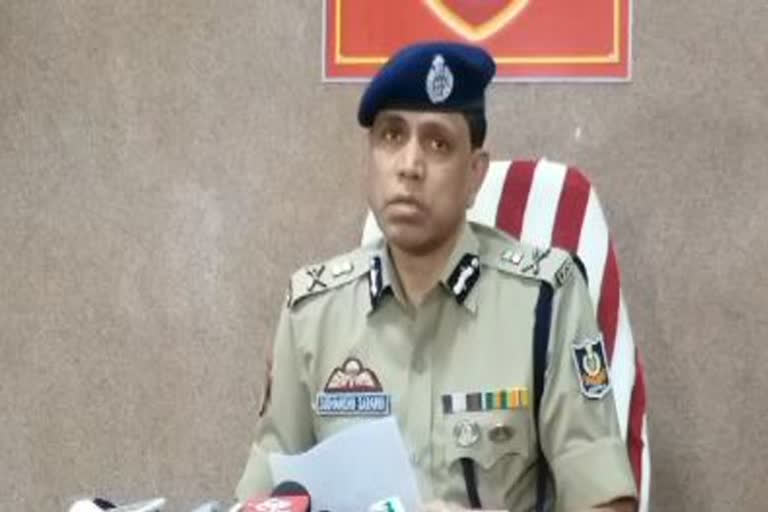 Biban Biswal, the prime accused in the high-profile 1999 Odisha gang-rape case, was finally arrested from Maharashtra's Lonavla after being on the run for 22 years.

Bhubaneswar: In a major breakthrough in the sensational 1999 gang-rape case, the Odisha police with the help of Maharashtra counterparts finally nabbed prime accused Vivekananda alias Biban Biswal, who was absconding for the last 22 years, from Lonavala.

Briefing media persons, Twin City Police Commissioner Sudhanshu Sarangi today said the accused had changed his name to Jalandar Swain and was staying in Aamby Valley in Lonavala near Mumbai. He was working as a plumber there.

"He had mentioned Naranpur (Cuttack) as his permanent address. When we initiated an inquiry, we found out that no such person belongs to Naranpur. He had a permanent job, Aadhaar card and bank account there. But he was in contact with his family members and had asked his family to get a death certificate in his name to avoid police detention in future," the Sarangi said.

He added that a secret operation was launched three months ago. On February 19, a special team led by Badambadi police station IIC, Rashmi Ranjan Mohapatra left for Mumbai.

Odisha police with the help of Maharashtra police launched the operation 'Aamby Valley'. "The cops got to know that a person named Swain works in Aamby Valley as a mechanic and stays in a staff quarters 2.5 kilometres away. Seeing the police, the accused tried to escape. However, the cops managed to nab him and brought him here," Sarangi said.

Witnesses have recognised him and he will be handed over to CBI, which is investigating the 1999 case. The next course of action will be taken by the investigating agency, the senior cop added.

On the night of January 9-10, 1999 a woman was gang-raped by three persons near Baranga while she was going to Cuttack from Bhubaneswar along with a journalist-friend in a car. She was raped by the accused Padia, Dhirendra and Biban.

Subsequently, on January 26, Padia and Dhirendra were arrested, but Biban remained absconding.

In 2002, the Khordha District and Sessions Judge Court had sentenced Padia Sahu and Dhirendra Mohanty to life imprisonment in the gang-rape case. On February 24 last year, Padia died following illness.