Amid talks of factionalism, PM has quiet word with Rajasthan BJP leaders 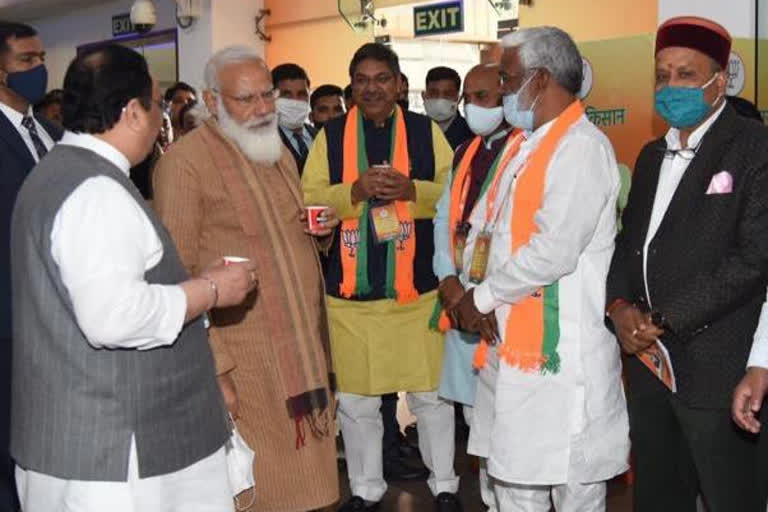 During the meeting with BJP's new set of national office-bearers, Prime Minister Narendra Modi had a quiet word with Rajasthan BJP chief Satish Poonia and former chief minister Vasundhara Raje during the tea break. This comes amid reports of factional wars within the Rajasthan unit of the BJP.

With reports of in-party friction in Rajasthan, it was expected that the state leaders would be directed to work in unison.

However, that did not happen as individual state meetings were not held. During the meeting, Poonia presented the report of the Rajasthan BJP unit to Nadda and Modi.

However, during the tea-break, the Prime Minister reportedly had a quiet word with both Raje and Poonia.

According to reports, the event was also the first meeting between Raje and Poonia in a long time.

Addressing the meeting, Modi asked BJP workers to strengthen and expand the party with the motto of 'nation first' and said its mission is to work for the country.

During the meeting, the party also passed a resolution thanking Modi for reforms in the agriculture sector and for his able leadership in the handling of the COVID-19 situation.

The meeting assumes significance as it came amid fierce protests by a section of farmers in Punjab, Haryana and western Uttar Pradesh against the three new farm laws. The BJP is also readying for the assembly polls in five states.

These national official-bearers were appointed last year after Nadda took over as party president, and no physical meeting could be held so far due to the COVID-19 pandemic.