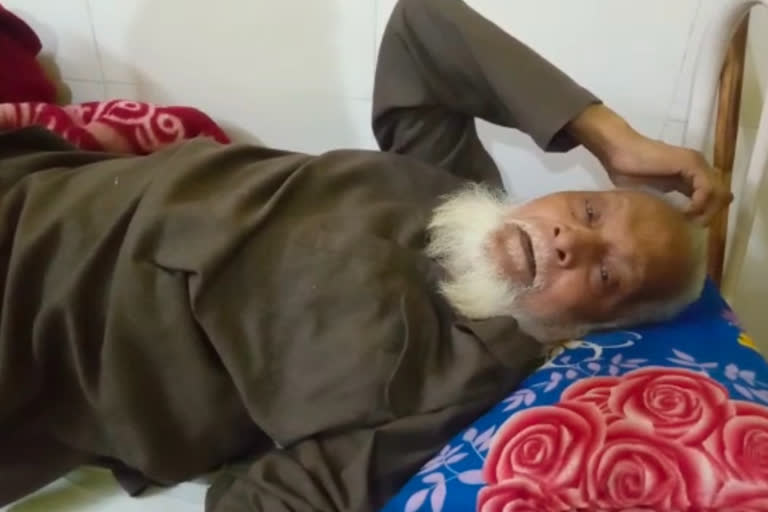 An 83-year-old Ayodhya resident who was chosen for the Padma Shri award last year is suffering from serious ailments but is unable to afford treatment due to poverty. After this matter came to light, the Prime Minister's Office assured him to provide a pension for his livelihood.

Ayodhya: Philanthropist Mohammad Sharif of Uttar Pradesh's Ayodhya, who is said to have arranged the last rites of over 25,000 unclaimed bodies in the last 25 years and was chosen for Padma Shri last year, is suffering from serious ailments but is unable to afford treatment due to poverty.

After this matter came to light, the Prime Minister's Office assured him to provide a pension for his livelihood.

Shareef, also known as “messiah of lawarais lashen”, was found bed-ridden at his home in Ayodhya's Mohalla Khirki Ali Beg, shifted to Ayodhya DHH as his health condition deteriorated recently. Due to the unavailing of heart specialist doctors at the hospital, on Monday he has been discharged.

Ailing Padma Shri awardee gets assurance of pension from PMO

With Shareef lying virtually unconscious on his bed, his family members said they were still hoping for some pension to him against his award so that they could afford his treatment.

Mohammad Sharif’s son Mohammed Ashraf said they had got a letter from the Union Home Ministry last year informing his father that he was chosen for the Padma Shri award.

READ: Amroha murders: No execution date yet for convict Shabnam

"Now we are having very difficult times as we are unable to meet even household expenses. Due to the lack of money, we are not able to afford even proper treatment for my father. And that's why I urged the government to arrange a pension for him that we can treat him properly," Ashraf said.

"My father was chosen for being conferred the award on the recommendation of BJP MP Lallu Singh from Faizabad but he has not received the award yet. Till recently, we depended upon the local doctors for his treatment. But due to the lack of money, we are not able to afford even that. He needs better treatment now," he rued.

Meanwhile, after the BJP Media Incharge, Dr Rajneesh Singh's initiative, Mohammad Sharif alias Sharif Chacha has been assured by PMO to get the pension.

Speaking to ETV Bharat, Dr Singh said, "In view of Mohammad Sharif's situation, the demand of his family members has been taken into consideration by the PMO and soon a house and pension will be arranged for him.

The Padma awardee, Shareef Chacha is a bicycle mechanic who has been performing the last rites of thousands of unclaimed dead bodies for the last 25 years.

He has performed the last rites of more than 25,000 unclaimed bodies in and around Faizabad. He has never differentiated on the basis of religion, as per a statement from the Government of India announcing Padma Awards 2020.

Sharif's eldest son, Mohammed Rais Khan, was murdered in 1992 on his way to Sultanpur. With his unclaimed body lying on the road, it was devoured by stray animals. After this incident, Sharif started performing the last rites of the unidentified dead bodies.