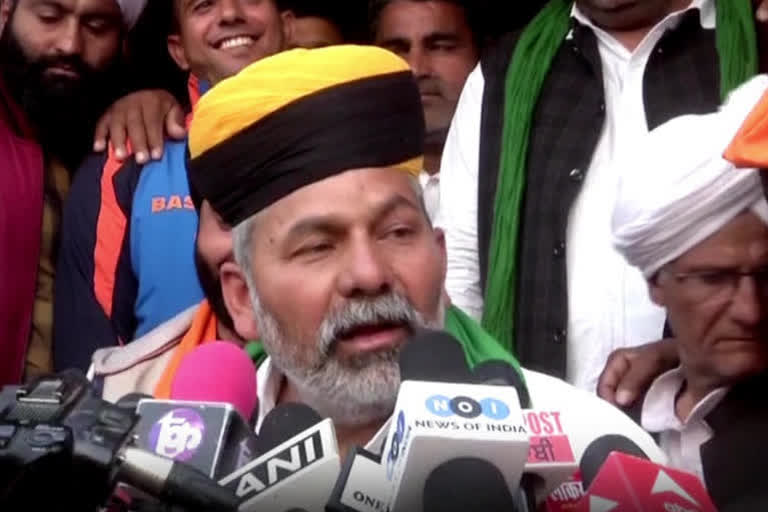 Kisan Mahapanchayat against the controversial farm laws would be held on February 24. Rakesh Tikait, national spokesperson of the Bharatiya Kisan Union, would address farmers in Agra.

Agra: Rakesh Tikait, national spokesperson of the Bharatiya Kisan Union, would address farmers in Kisan Mahapanchayat to be held in Mauni Baba Ashram, Agra on February 24. Members have started preparations for the Mahapanchyat.

District President of BKU in Agra, Rajvir Singh Lavaniya said that protests have been held across the country against the controversial farm laws. We held several meetings on farm laws and people demanded to call Rakesh Tikait and hold Mahapanchayat, he said.

As Rakesh Tikait is leading the farmers' movement in Delhi, we requested him to come and he accepted our invitation. On February 24, Wednesday, Mahapanchayat would be held and farmers, labourers of Agra would take part in the Mahapanchayat, he added.

In addition, he said that Rakesh Tikait represents every farmer in the country. Farmers would leave their work in the field for two hours on Wednesday and participate in the Mahapanchayat to listen to Rakesh Tikait, he said.

Farmers are agitated, people are furious over the laws. Farmers' objection against black laws can be raised like this. The farm laws deprive farmers of their rights, he said.