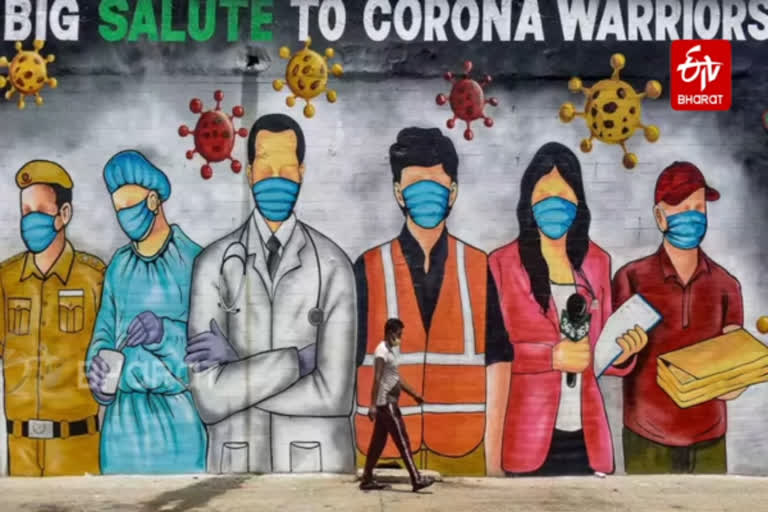 The excluded health workers faced extremely adverse and trying situations during the times pandemic. After dealing with all these challenges closely and today these health workers are not able to understand why the government has forgotten their work.

Dehradun (Uttarakhand): Uttarakhand Chief Minister Trivendra Singh Rawat recently issued an order stating that each doctor and health care worker in Covid designated hospitals attending to coronavirus patients will be given Rs 11,000 and the letter of appreciation as an honour.

However, according to the order, many of the health workers including ambulance drivers and sample collectors were excluded from the remuneration.

Neither the ambulance drivers are mentioned in this order nor the health workers working in the surveillance team. The most striking thing is that even the workers associated with the most important contribution of sampling are not named too.

These excluded workers have expressed their anger over the order.

These health workers have faced extremely adverse and trying situations during the times pandemic. After dealing with all these challenges closely and today these health workers are not able to understand why the government has forgotten their work?

Pawan Kumar, one of the drivers of 108 ambulances, has been taking Corona patients to hospital during the times of Covid-19. Even today Pawan is diligently doing this work. During this time many of his companions were also infected. Pawan says that even when the patient’s relatives were afraid to touch them, he and his team took the young and old to the hospital. Yet, the government forgot all about them. Pawan is not the only one who served the people selflessly; there are many ambulance drivers who have done unmatched work in this emergency. But the government forgot their contribution while issuing the order.

Baffled by the order, Dr. Naresh, in charge of the sampling team at the Tilu Rauteli Kovid Care Center, said that he is unable to understand how the government can issue such an order. It is a known fact that the first of the ones who came in contact with the corona patients were the ambulance drivers and sample takers. Yet such behaviour of apathy on behalf of the government comes as a surprise to them and other health workers like them.

Many people who ensured timely delivery of food to the patients were also angered by the order. Sunil who was engaged in delivering food said that the government should have considered all prior to making such a decision. He said that the amount of ₹ 11,000 is not important to him, but it is a matter of being honoured and acknowledged. Had the government honoured him by giving a pen or any such small token of acknowledgement, it would still have given him tremendous happiness.

The manner in which the government planned to give ₹ 11,000 along with the certificate of appreciation to the health workers, it appears that the officials sitting in the government forgot to do their homework before preparing the action plan. If this was not the matter, perhaps these Covid-19 warriors would not have been left humiliated in this way.