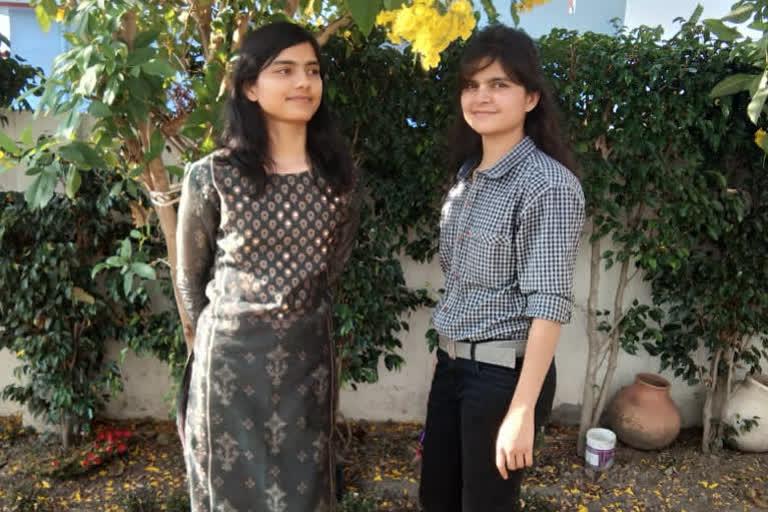 Two sisters from Uttarakhand's Haldwani are set to go on the Mars Perseverance rover mission. NASA had asked for names of people interested in space mission till September 30, 2019.

Haldwani: The names of the two Haldwani sisters, Shivani Mishra and Himani Mishra, are also included in the spacecraft sent by the US space agency National Aeronautics and Space Administration (NASA) to explore the possibility of life on Mars. On Friday, NASA's spacecraft reached Mars safely.

NASA had asked for names of people interested in space mission till September 30, 2019.

All those people who sent their names were given online boarding passes. All names are engraved on a silicon wafer microchip with the help of an electronic beam. This chip will remain on Mars forever. NASA's Mars mission was launched in July 2020.

The purpose of NASA's Mars mission is to find answers to many questions. How much chances of life on Mars? Or was there ever life on Mars? NASA's rover will also excavate Mars and collect soil samples there.

Science Sisters Shivani and Himani are confident that India's space agency ISRO will soon be able to send manned spacecraft to Mars.

They say that the world knows Indians as 'Knowledge Gurus', but now we need to become 'Science Gurus'.

Shivani dominated even 6 years ago

In July 2014, only one student from India was photographed on NASA's website in a worldwide expedition conducted by US space agency NASA on World Earth Day. That student was Shivani Mishra.

NASA had uploaded the Himmatpur Talla photo sent by Shivani on NASA's website.

On World Earth Day, citizens were urged with the question 'Where on earth are you now?'

Showing their solidarity to save the planet Earth by sending its pictures with its atmosphere, around 50,000 people from 113 countries of all continents participated in this campaign.