Proper Diet is very necessary for the mother and the growth of the fetus during pregnancy. Doctors always advise their patients to have a balanced diet and not to eat low-quality or junk food. According to researchers, a low-quality diet during pregnancy is linked to childhood obesity.

Pregnant women need to have an overall healthy diet, high in fruit and vegetables and low in refined carbohydrates and red and processed meats, said a new study which found links between mother's low-quality diet and a higher risk of obesity and excess body fat in children, especially during late-childhood. 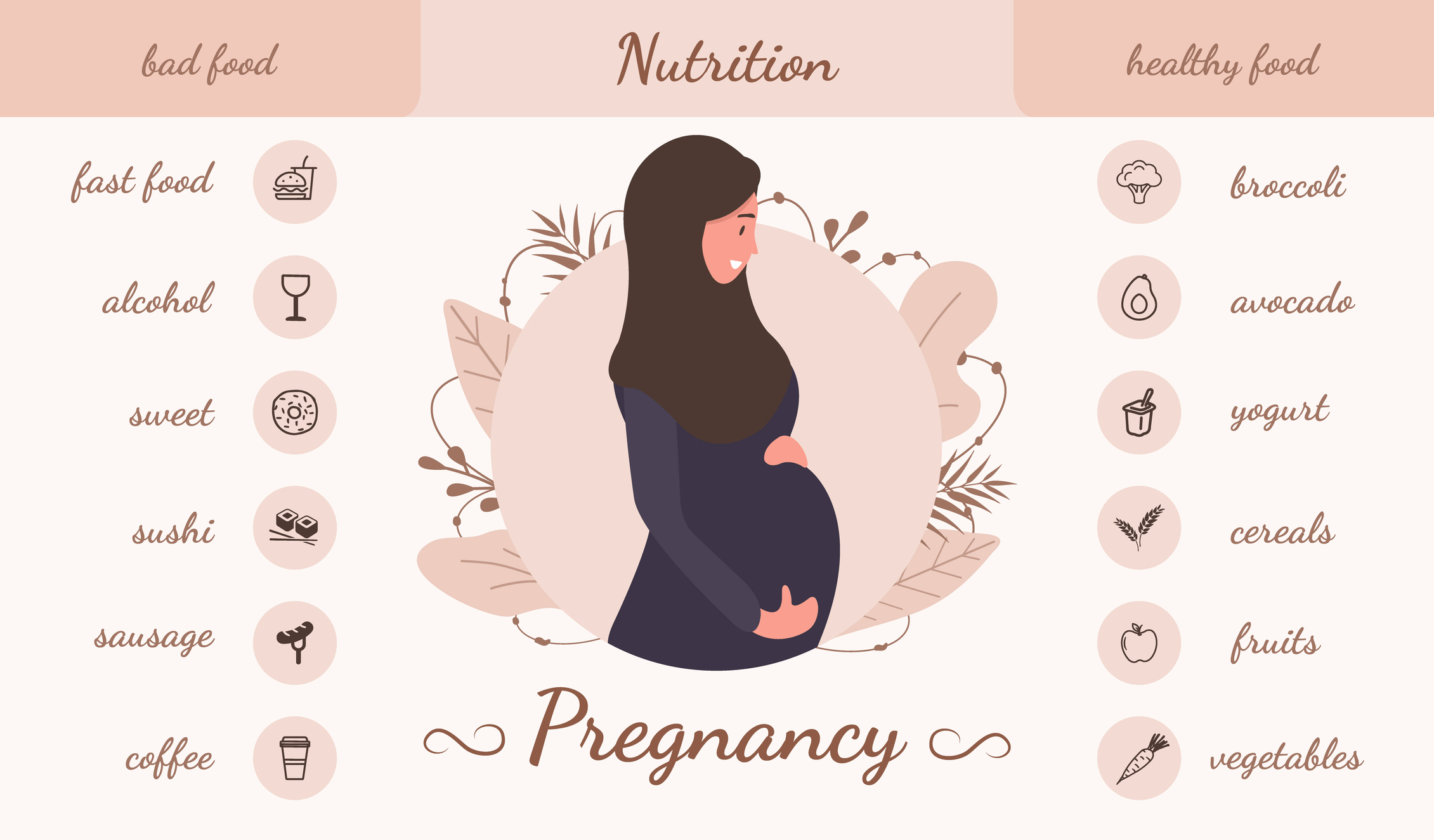 What To Eat During Pregnancy
This association was not observed in early or mid-childhood, according to the study published in the journal BMC Medicine. "Obesity in childhood often carries on into adulthood and is associated with a higher risk of chronic diseases, including Type-2 diabetes," said the corresponding author of the study Ling-Wei Chen from University College Dublin, Ireland.Mounting evidence suggests that maternal diet influences pregnancy and birth outcomes and points to the first one thousand days of a child's life, from conception to two years old, as a critical period for preventing childhood obesity. To examine the effects of maternal diet on the likelihood of childhood obesity and excess body fat, the authors analyzed data collected from 16,295 mother-child pairs in seven European birth cohort studies, from Ireland, France, the UK, the Netherlands, and Poland.On average, mothers were 30 years old and had a healthy body mass index (BMI). The researchers found that children born to mothers who ate diets high in foods associated with inflammation throughout pregnancy tended to have lower levels of fat-free body mass, indicating lower levels of muscle mass, in late-childhood than those whose mothers ate diets low in inflammation-associated foods.Previous research has found that low levels of muscle mass may be associated with a higher risk of combined diabetes, high blood pressure, and obesity. An association between a lower quality maternal diet, high in inflammation-associated foods, and lower levels of fat-free body mass in late-childhood was found to be stronger in boys than in girls, said the study.
About us Privacy Policy
Terms & Conditions Contact us
Copyright © 2021 Ushodaya Enterprises Pvt. Ltd., All Rights Reserved.